After thorough testing, development and research, the company has now come up with an electric bike. Tork Kratos is all set to become the first indigenous electric motorcycle in the Indian market with a modern sporty design and features. 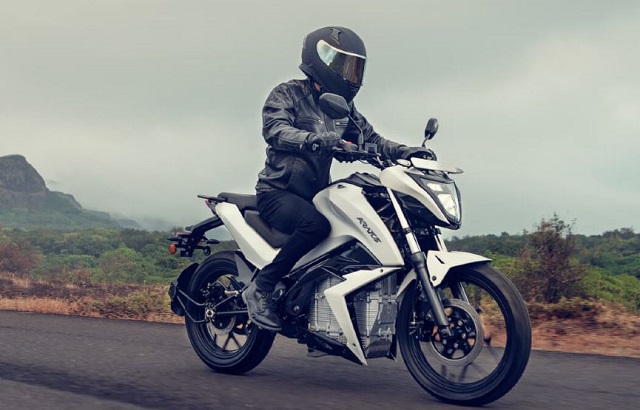 The price of Tork Kratos in India is around 1.2 lakh rupees. These prices should be reduced slightly except for central and state government subsidies. Bookings for the motorcycle will open after the launch, with deliveries commencing from March 7.

According to reports, the company plans to sell around 5,000-10,000 units of the electric motorcycle annually in the first 3 years. Tork Motors has set up a manufacturing plant in Pune.

Thank you for being a part of the launch of India’s first electric motorcycle.
Wish to ride your own Kratos?

India’s first electric motorcycle, the Kratos will come with a trellis frame along with a modern design feature. It will get telescoping front forks, rear monocoque, split seat, LED lights and disc brakes both front and rear.

The bike was developed by Tork Motors and will run a proprietary OS called TIROS (Tork Intuitive Response Operating System). It will offer real-time data for power usage, range and power management. You will also get a 4.3-inch TFT screen, geo-fencing, navigation, anti-theft and app/cloud connectivity.

The Kratos will be powered by a 6kW DC axial flux motor, which produces 27Nm of torque. According to the company, the Kratos will be able to achieve a top speed of 100 kmph while providing a range of 100 kms. The IP67-rated lithium-ion battery back will support fast charging, capable of charging from 0 to 80 percent in just one hour.