Aathi gets an opportunity to participate in one of the most popular reality television singing competitions Super Singer. After qualifying in preliminary auditions he enters the big stage along with 19 other co-contestants. Check out below for complete details about Super Singer Aathi and her journey in the popular television show. 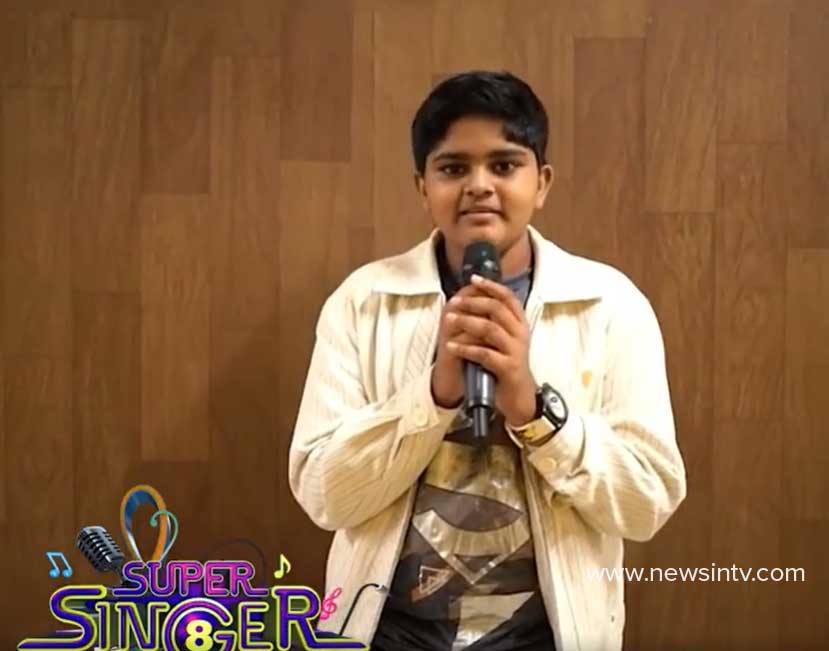 Coming from Karur, Tamil Nadu, Aadhi is 13 years old and doing his 9th grade in school. Apart from singing and music, his other hobbies are practicing Silambam and playing online games. He got inspired by his brother for learning music and prepared to participate in Super Singer junior season 8 (2021-2022).

Along with his co-contestant Dharsana, he performed for the peppy ‘Maduraikku Pogathadee‘ song from Thalapathy Vijay’s Azhagiya Tamizhmagan movie at the grand launch event of the show. All the judges praised him for his performance and gave some helpful tips.

In Team Selection Round, Aathi chose ‘Thanga Thamarai‘ song from Minsara Kanavu film, which is originally composed by Isaipuyal AR Rahman. With his brilliant performance, he got selected to SP Charan and KS Chithra’s ‘Team Rowdy Baby‘.

List of Songs by Aathi in Super Singer Junior 8 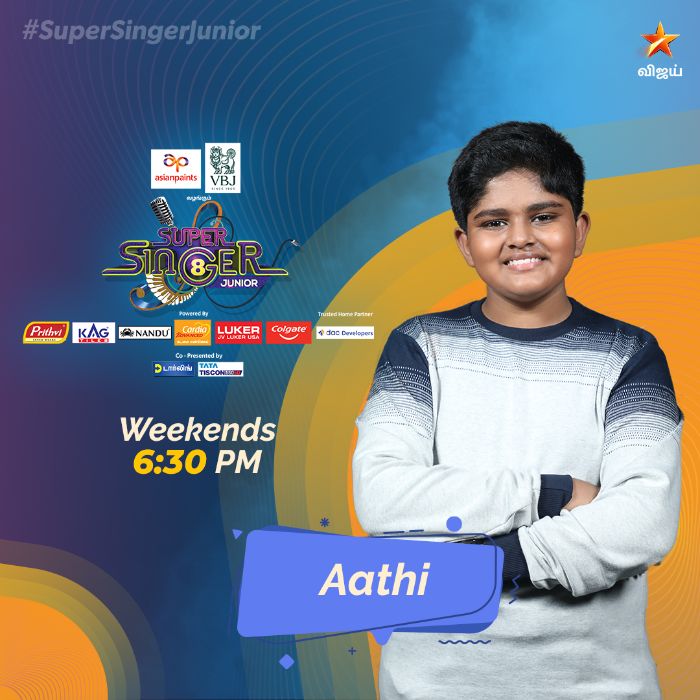 You can watch Aathi’s performance video on Disney+ Hotstar App and Website or Stay tuned to Vijay TV on weekend’s Saturdays and Sundays by 6:20 PM. 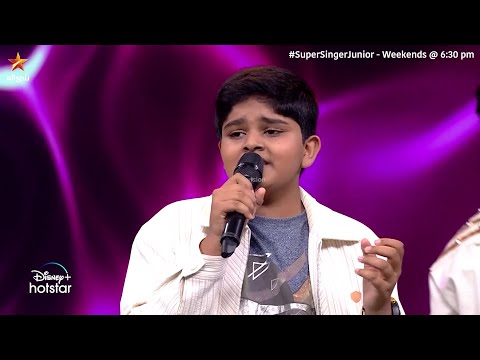 In conclusion, here completing full details about Super Singer Aathi’s profile and her journey in the show. Stay tuned to Newsintv.com to know more latest news about Television and Vijay TV.