Chutti Aravind is an Indian television and film actor, mimicry artist, youtube personality, and musician. He is popularly known for participating in Kalakka Povathu Yaaru and other tv shows. In 2022, Aravind features in Cook with Comali season 3 as a wild card contestant.

Aravind Parameswaran was born in Madurai, Tamil Nadu, Indian and his birthday was on 20 March 1982 (age 40 years) as of 2023. Raised up in a humble background, his father’s name was Parameshwaran, and mother’s name was not known.

Brought up in the same city, he went to Madurai Meenakshi Matriculation for his schooling in Madurai. After finishing school, Aravind completed his graduation in BA English Literature from Saraswathi Narayan College.

In the year od 2014, He was married to Sandhya (Wife). His son/daughter details is not known – to be updated soon.

Physical Appearance: Aravind Height – 1.67 m (167 cm) and Weight 70 kg. He has black color hair and black color eye. He belongs to the Hindu religion and caste/community details are not known. 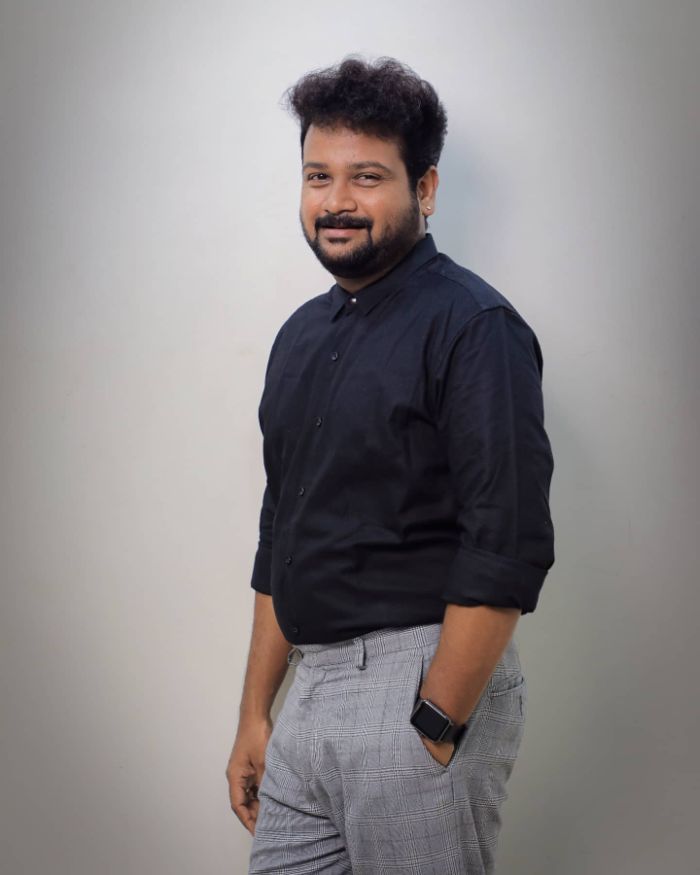 Chutti Aravind is a multi-talented personality who decided to pursue his career in acting and started doing stage performances in the early 2000s. He professionally learned music and knows to play instruments including Flute, Piano, drums, and more.

He made his debut on television for the comedy talent show ‘Kalakka Povathu Yaaru’ season 1 which was telecast on Vijay Television. He paired along with Prominent actor Robo Shankar and the duo was widely known for performing comedy mimicry sketches. 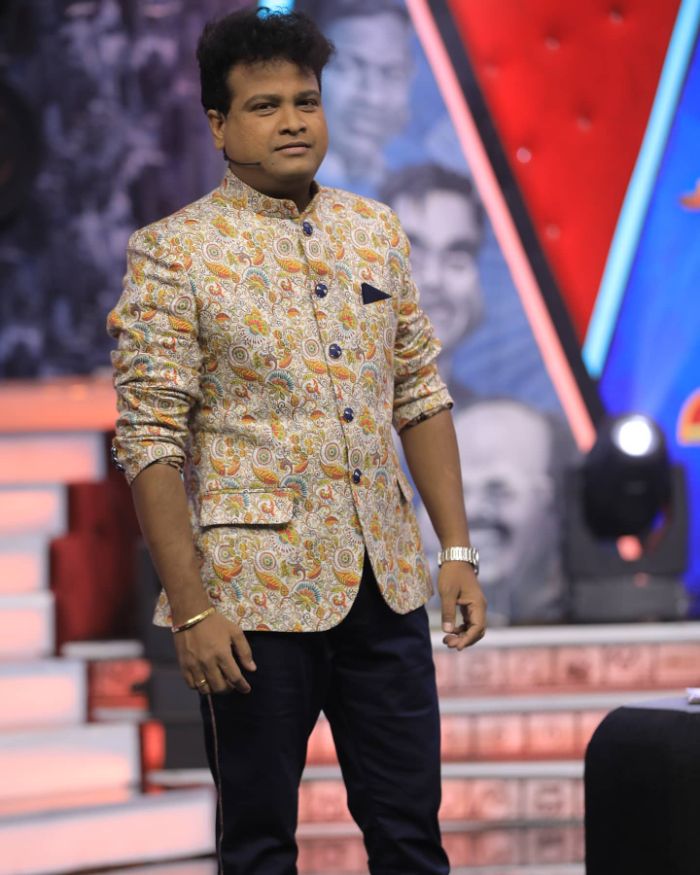 With his popularity from television shows, he gained an opportunity to debut in the Kollywood films including Chennai Kadhal, Balae Paandiya, Murattu Kaalai and more in which he played a small character role.

He got an acting breakthrough for his roles in the film Nenjamundu Nermaiyundu Odu Raja and Natpe Thunai which were released in 2019. Apart from these movies, Aravind has featured in lots of other films.

Apart from Television and movies, Chutti Aravind is also being part of the popular Tamil youtube channel Blacksheep. He along with RJ Vigneshkath operates the popular media channel.

He owns a music orchestra names Studio Smile which he used to perform in events including Marriage, get-together, and other special occasions. 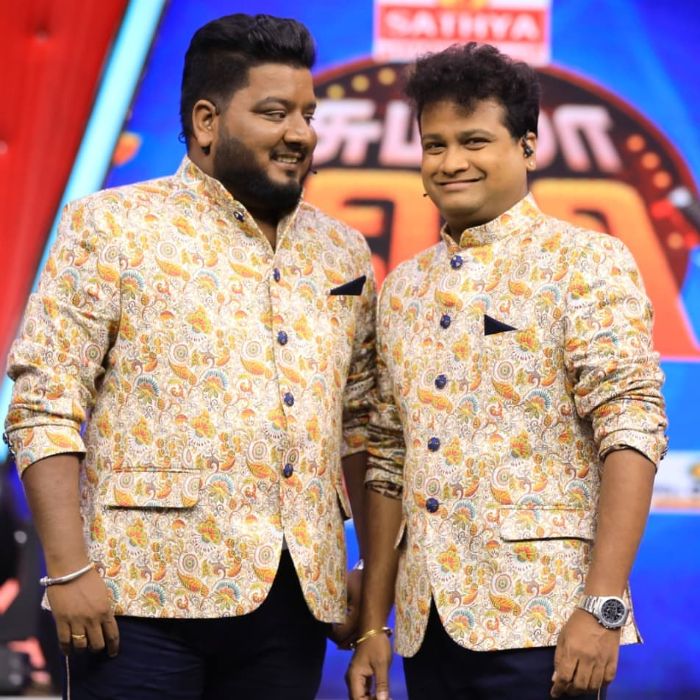 In 2022, Aravind got an opportunity to participate in the popular cooking show ‘Cook with Comali season 3′. He along with Vettai Muthukumar has entered the programme as a wildcard participant.

The most popular tamil television show which telecast in Vijay TV during the weekends. The multi-talents Aravind is received an opportunity to showcase his cooking talent in the television show. 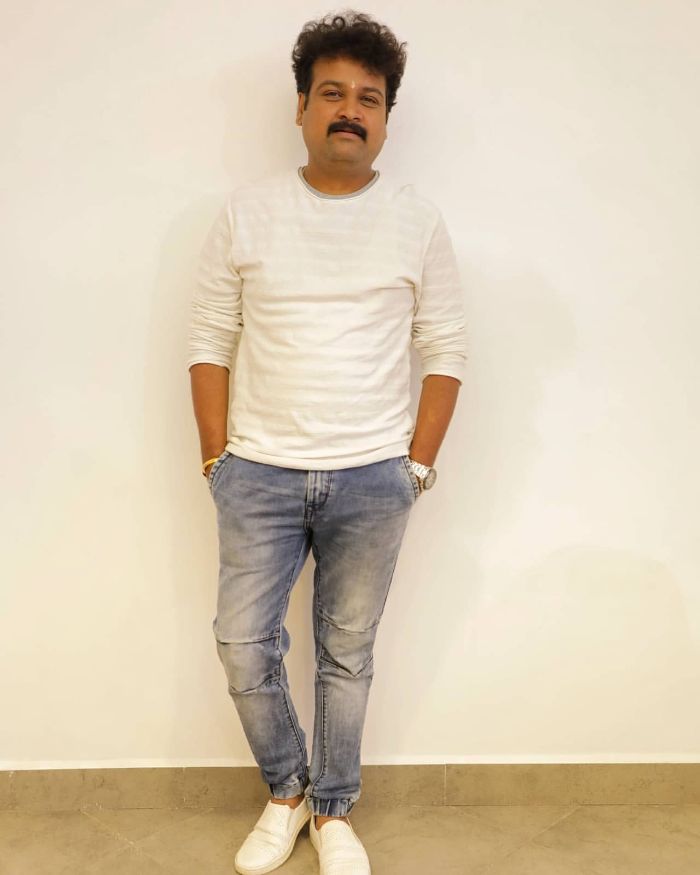 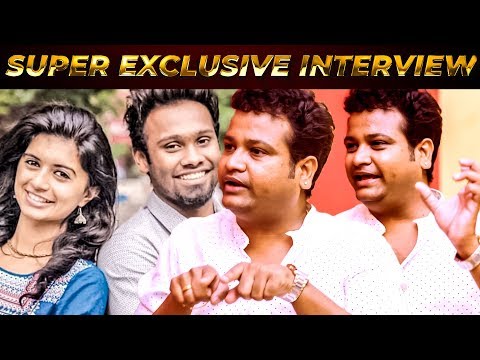 In conclusion, here completing of Chutti Aravind Biography, Wiki, Age, Family, Movies List, Wife. Go to Biography to know more about famous celebrities profiles. If you have any corrections or feedback on the above post then please feel free to Contact Us.