Neha Girish is a young singer who performed on much Tamil television including Sun TV, Zee Tamil TV. She was one of the contestants of Vijay Television’s Super Singer Junior season 8. Check out below for complete details about Super Singer Neha Girish and her journey in the popular television show.

Neha Girish was born in Chennai, Tamil Nadu, India, and she is 11 years old. She was studying 6th grade in her schooling. Neha started learning music at the age of 4 and performed in various competitions.

Her voice was spotted by Rajendra Babu brother of Lathika Teacher with whom Neha started her first Singing Class. In 2018 she participated in Sun Singer and end her journey as a semi-finalist.

During the grand launch of super singer 8, she performed for ‘Sundari Kannal oru sethi‘ from Dalapathy film along with co-contestant Krishang. On the team selection round, she sang ‘Vaaney Vaaney‘ from Viswasam movie which was originally composed by D. Imman.

She was part of Shankar Mahadevan and Kalpana Ragavendra’s ‘Team Don Dada‘ for the season. She also performed along with Moses during the next round.

List of Songs by Neha Girish in Super Singer Junior 8 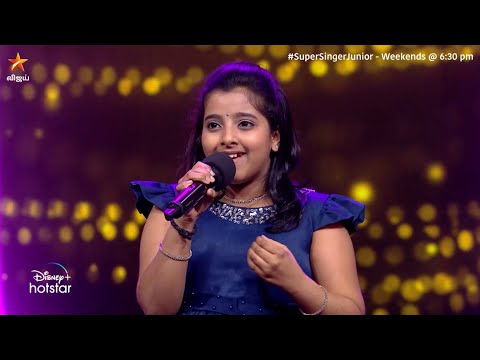 You can watch Neha Girish’s performance video on Disney+ Hotstar App and Website or Stay tuned to Vijay TV on weekend’s Saturdays and Sundays by 6:20 PM. 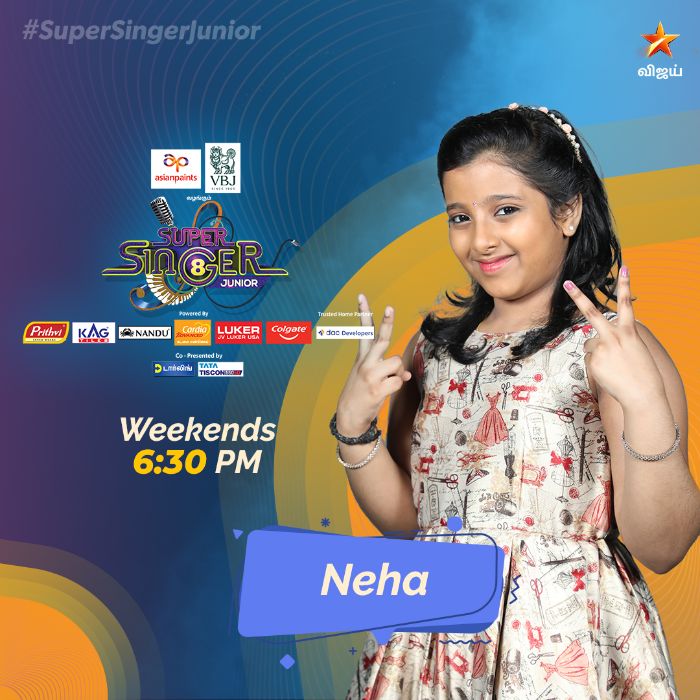 Following Trinita, Neha Girish was announced as the second finalist of Super Singer Junior season 8. She has secured 40 marks from four judges during the first round of the Semi-Finals. 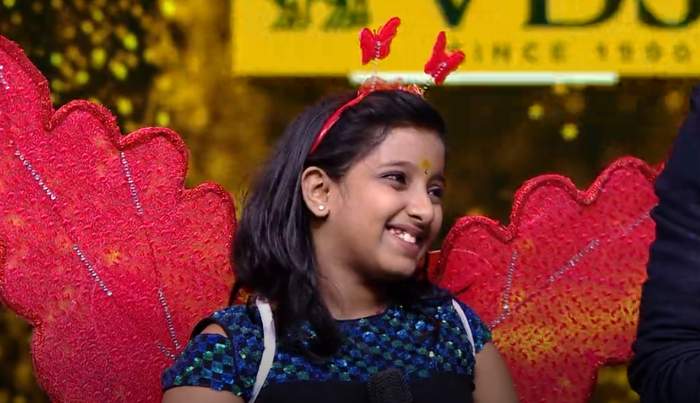 Nega Girish voice is amazing.very polite and quite. I like to vote her