Vanitha Vijayakumar is an Indian actress who featured in Tamil movies and television shows. She was the winner of Vijay TV‘s Cook with Comali season 2 and participated in Bigg Boss Tamil season 3. Check out below for Actress Vanitha biography, age, birthday, husband, son, daughter, and more. 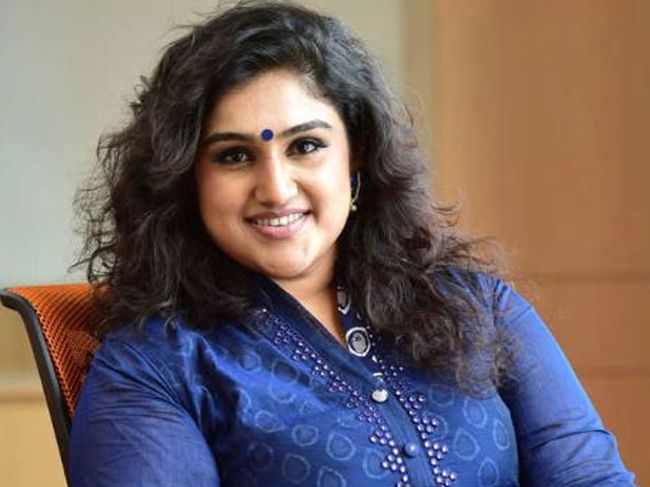 Vanitha Vijayakumar birthday was on 5 October 1980 (age 42 years) as of 2023 and was born in Chennai, Tamil Nadu, India. She was born to her father Vijayakumar, a veteran Tamil cinema actor, and Mother Manjula Vijaykumar (Actress).

Born and raised in Chennai, she did her schooling and college in the same city. Vanitha has two sisters Preetha and Sridevi, both of them acted in Tamil films. She also has a brother Arun Vijay, an Indian actor featured in the lead role for more than 25 films.

In November 2021, Vanitha has launched her shop Vanitha Vijaykumar Styling in Nungambakkam, Chennai. The clothing and accessories store is exclusively for women.

Physical Appearance: Vanitha Height – 1.68 m (168 cm) and Weight 78 kg. He has black color hair and black color eye. He belongs to the Hindu religion and caste/community details are not known. 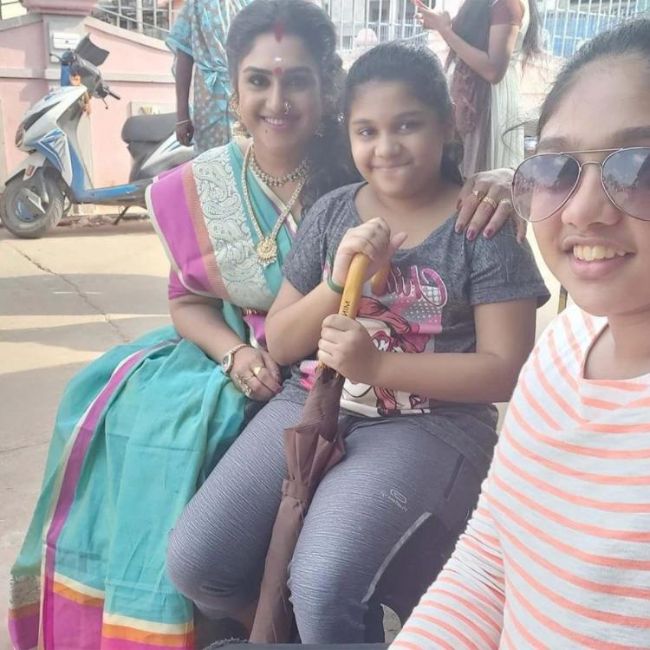 In 2000, Vanitha married actor Akash and the couple was blessed with a son in 2001 and a daughter born in 2005. The couple got separated and officially divorced due to some personal issues.

Later in 2007, She married Anand Jay Rajan, a businessman from Chennai. Both of them were blessed with a daughter and the couple got separated and divorced in 2012. Court sentenced Rajan to be awarded custody of their child.

Vanitha has fought back in public and news gets serious and becomes more controversial in media. She got separated from her father and family due to the fight. 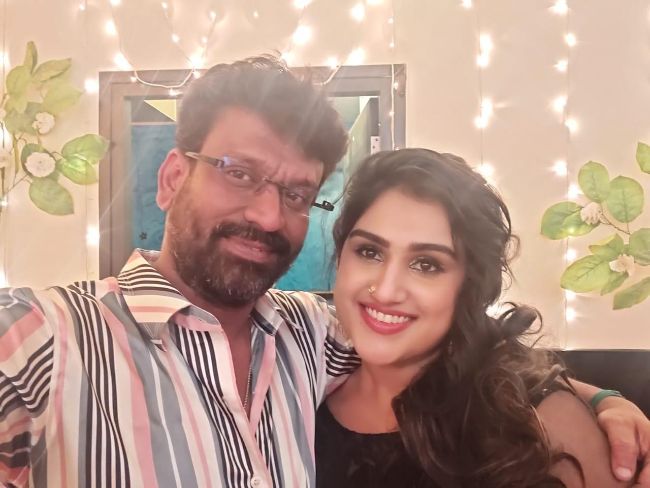 Vanitha Vijayakumar made her acting debut in Tamil cinema in the year of 1995 for the movie Chandralekha (Tamil) along with Thalapthy Vijay. Following the year she also featured in films including Manikkam, Hitler Brothers, Devi, Naan Rajavaga Pogiren, and more.

She didn’t have any big break in acting and was not much regular on the big screen due to her personal marriage life problem and other controversies. After some long break from acting, she decided to produce her own film ‘MGR Sivaji Rajini Kamal‘ which directed by Robert which turned into a flop at the box office.

After her successful appearance in Bigg boss and Cook with Somali television shows, Vanitha made her re-entry to Tamil cinema. She has featured in many films for character roles. 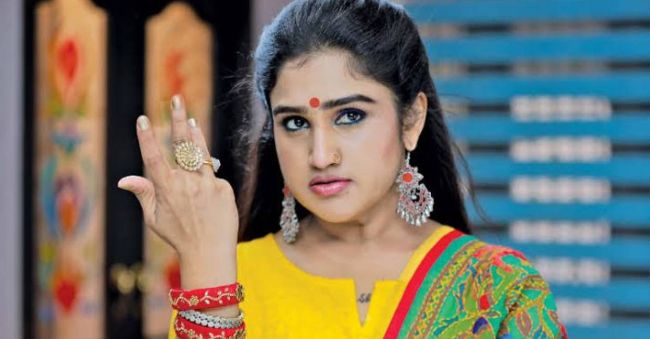 In 2019, Vanitha participated in the popular controversial reality show ‘Bigg Boss Tamil season 3‘ as a contestant. With her bold attitude and willpower, she was recognized as one of the perfect participants in the show.

She was well known for involving in lots of controversy along with fellow housemates over sharing her opinions. She got eliminated after getting a lesser vote on the public polls.

In 2022, She got a second opportunity to play Bigg Boss Ultimate Tamil season 1. The brand new show which exclusively broadcast only on OTT platform Disney+ Hotstar. Kamal Haasan has hosted the bigg boss show in the Tamil language. 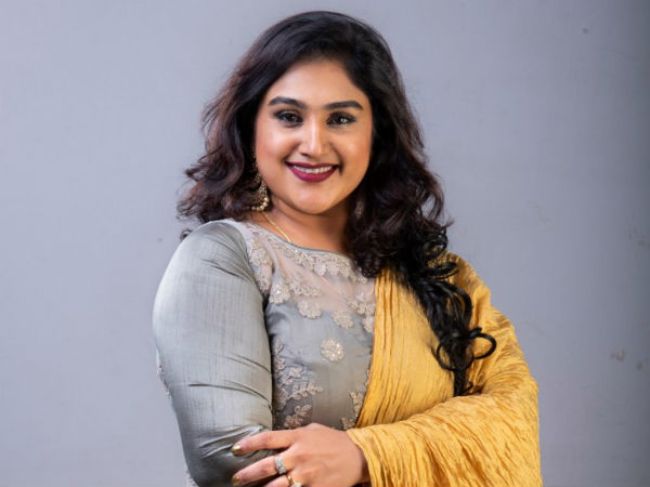 After her successful appearance in the Bigg Boss show, Vanitha Vijayakumar takes part in Vijay Television’s new fun cooking show ‘Cook with Comali‘ in 2019. The cookery show which played along with a comali.

Vanitha has taken the opportunity and displayed her cooking talent on television. She has prepared a variety of foods from different cuisines and got praise from judges Venkatesh Bhat and Chef Damodaran. She won the title of Cook with Comali season 1. 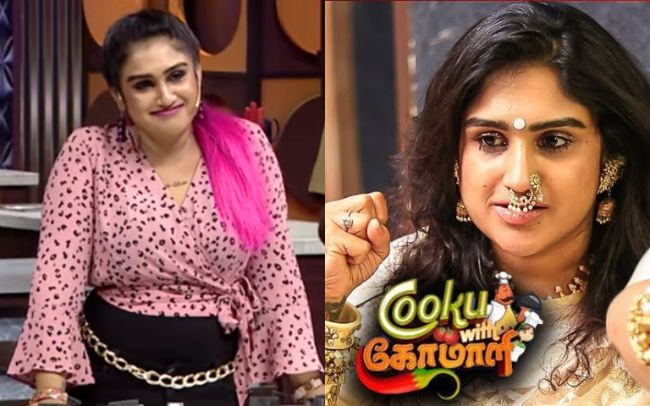 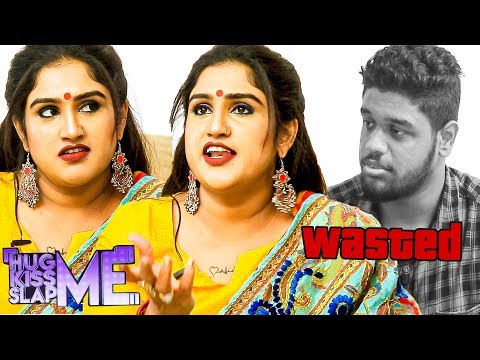