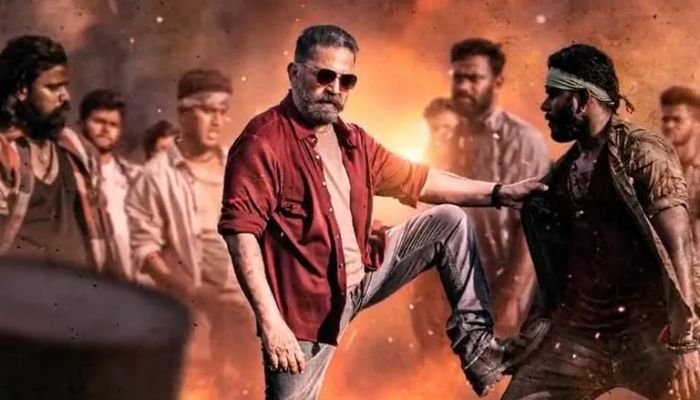 With huge expectations, Kamal Haasan’s Vikram was released on 3rd June 2022 worldwide in Tamil, Telugu, and Hindi Languages. The film garnered high positive reviews from critics and audiences on its opening day.

The positive word of mouth and comeback of Ulaganayagan Kamal Haasan in the big-screen set box office on fire. The movie collects massive 32 crores on its first day in India. Follow by an impressive number overseas in USA, UAE, Malaysia, and Australia.

On day 2, Vikram manages to collect around 27 crores which marks the film grossing 50 crores in India. After Beast, now the multi-starrer of Lokesh Kanagaraj expected to gross 100 crores worldwide on its opening weekend.

Below are the box office numbers of Vikram on day 2:

The film was marked as the third biggest opening for Kollywood film in 2022. Kamal Haasan witnessed the biggest ever opening in her entire career. The film doing excellent business in Kerala and Andhra Pradesh.