After the start of the Super 12 round in the T20 World Cup 2022, on the second day on 23 October, the second match was played between India and Pakistan at the historic Melbourne Cricket Ground in Australia. Team India won by 4 wickets in a thrilling match. 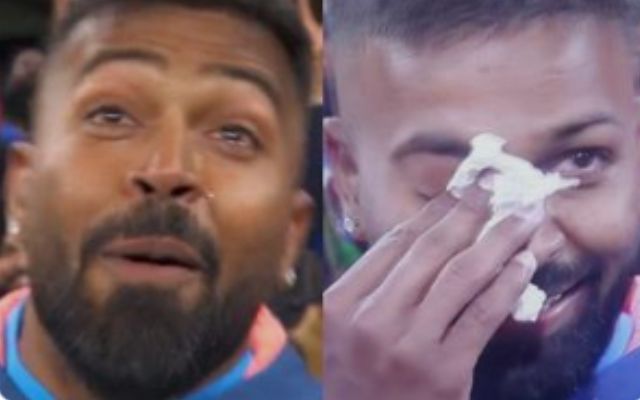 Former Indian captain Virat Kohli played an important role in making Team India win against Pakistan in this match. Team India achieved the target of 160 runs from Pakistan on the last ball.

In this match, Kohli scored an unbeaten 82 runs in 53 balls with the help of six fours and four sixes and played an important role in setting the boundaries of Team India.

Virat and Hardik Pandya’s fifth wicket partnership also made a big difference in the game to Team India, which was lagging behind in this match.

Both the batsmen shared a match-winning partnership of 113 runs for the fifth wicket and took Team India to the threshold of victory.

Meanwhile, Team India’s veteran all-rounder Hardik Pandya has been seen getting emotional after this victory from Pakistan.

A video of him being emotional on social media is becoming increasingly viral, in which Pandya’s eyes are moist. Let us tell you that some fans have shared this video of Hardik Pandya on Twitter.

On the other hand, if you tell the condition of the match, Team India decided to bowl after winning the toss and batting first, Shan Masood (52 runs) and Iftikar Ahmed (51 runs) scored 159 runs for the loss of eight wickets in the allotted 20 overs.

In reply, chasing the target, the Indian team achieved this target for the loss of 6 wickets, thanks to Virat Kohli’s unbeaten 82 and Hardik Pandya’s 40 runs.