The Indian Premier League (IPL 2022) franchise of Ahmedabad has been named Gujarat Titans. This was confirmed by Siddharth Patel, team owner of CVC Capital Partners on Wednesday.

Let us tell you that the new franchise of the Indian Premier League, Ahmedabad is one of the two new teams that have joined the tournament. Apart from Gujarat Titans, Lucknow Super Giants have also been included in this season of IPL. 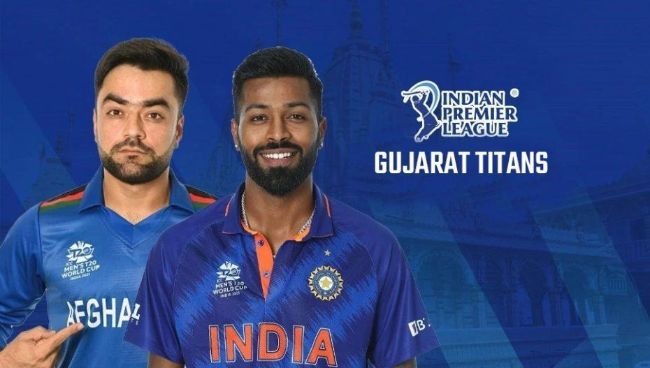 Indian cricket team’s all-rounder Hardik Pandya has been announced by Ahmedabad as the captain of its team. Pandya has been released this time by Mumbai Indians before the IPL Mega Auction. Apart from Pandya, Afghanistan’s leg-spinner Rashid Khan has also been included in this team. Apart from this, this time Shubman Gill is also a part of Gujarat Titans.

According to media reports, Pandya and Rashid Khan have been signed for Rs 15 crore, while Gill has been signed for Rs 8 crore. At the same time, Ashish Nehra, a former player of the Indian cricket team, is associated with Gujarat Titans as a coach.

Apart from Nehra, the name of Gary Kirsten is also included in the coaching staff. Let us tell you that when Team India won the World Cup in the year 2011, then Gary Kirsten was the coach of the Indian cricket team. Also, Vikram Solanki is going to work as a team director.

Ashish Nehra, a former Indian bowler, will serve as the team’s head coach, with Vikram Solanki, the director of cricket, and Gary Kirsten, the World Cup-winning team’s mentor, and batting coach taking their places.

According to Patel, he and his team are optimistic that they can put together a team that will be ready for the upcoming season when the league has its annual mega auction. We’re looking for people who aren’t just talented, but who are also motivated to become Titans of the game.