The Indian Premier League (IPL) 2022 season will begin on March 26 with the first match of the season being played between defending champions Chennai Super Kings and last season’s runners-up Kolkata Knight Riders at the Wankhede Stadium in Mumbai. Meanwhile, the Chennai Super Kings franchise has also unveiled its new jersey for the upcoming season. 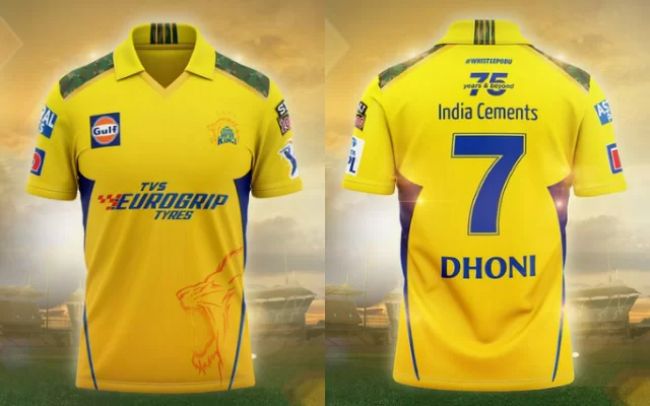 This new jersey has been launched in a very spectacular way through a video, which includes Ruturaj Gaikwad, Ravindra Jadeja and captain Mahendra Singh Dhoni. No major changes have been seen in this new jersey, the team’s traditional color yellow has been retained. At the same time, the band near the collar is definitely shown in a slightly different way.

Related: Suresh Raina geared up for new role in IPL as a commentator

Chennai Super Kings jerseys have not seen much changes as compared to other teams. At the same time, something similar can be said by looking at Chennai’s squad, where despite having a mega auction, they were able to include many of their important players in the team once again. Chennai Super Kings, who have won 4 IPL titles so far, will have their eyes on winning the 5th title this time.

This time the team of Chennai Super Kings will start the season with a match against Kolkata Knight Riders. On the other hand, if we talk about some new players in the team, then the names of Devon Conway and Chris Jordan are included in it.