Star Australian all-rounder Glenn Maxwell tied the knot with his girlfriend Vini Raman on March 18. Maxwell’s wife Vinnie shared his pictures on his official Instagram handle. Both had married according to Christian customs. While Glenn Maxwell wore a formal dress for that wedding, Winnie was seen in a traditional wedding gown. 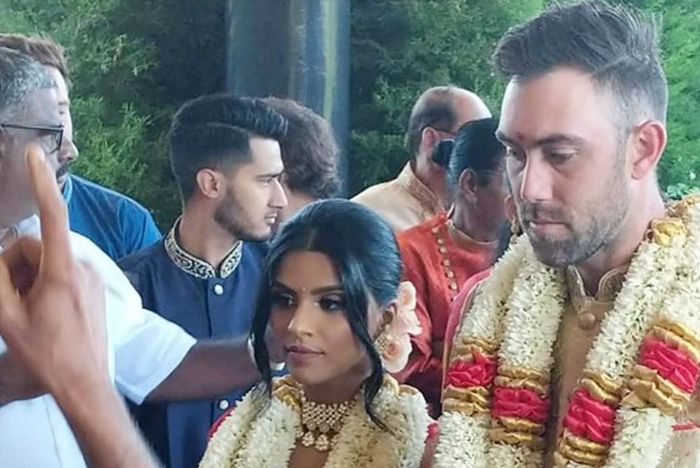 Glenn Maxwell and Vini Raman get married in Tamil customs

The Australian cricket team is currently on a tour of Pakistan and Maxwell has decided to leave the tour due to marriage and is also not available for Royal Challengers Bangalore in some matches. Meanwhile, news is that, on Sunday (March 27), Maxwell and his wife tied the knot in traditional Indian customs and pictures and videos of the same went viral on social media.

On March 27, a video of Glenn Maxwell and Vini Raman’s wedding surfaced on social media. In the video, the two were seen garlanding each other as per Indian tradition. It is being said that this marriage has been done according to a Tamil Brahmin marriage custom. Both wore Indian traditional clothes for this wedding .

In the video which is going viral on social media, Maxwell is waiting for his bride while dancing, while Vinnie, who became the bride, is also dancing and reaching near her groom. Fans are very fond of this video of both.

Let us inform that RCB played their first match with Punjab Kings, in which Bangalore had to face defeat by 5 wickets. Now it is expected that Maxwell will join the RCB team soon. RCB retained Maxwell for 11 crores. Before the start of the IPL, it was being speculated that Maxwell would be the new captain of Bangalore but the team management appointed du Plessis as the captain.