IPL2022 Auction: The upcoming auction of the Indian Premier League will be held on February 12 and 13 in Bengaluru. During the two-day auction, 590 players will be bidding. It consists of seven associate countries. This time there are 10 teams in IPL.

IPL announced the final auction list, dropping more than half the players from the original list of 1,214 players released last month. This list is based on the interest of the players of the franchise teams. Of the 590 cricketers involved, a total of 228 are capped (played international matches), while 355 players have not represented their national team. 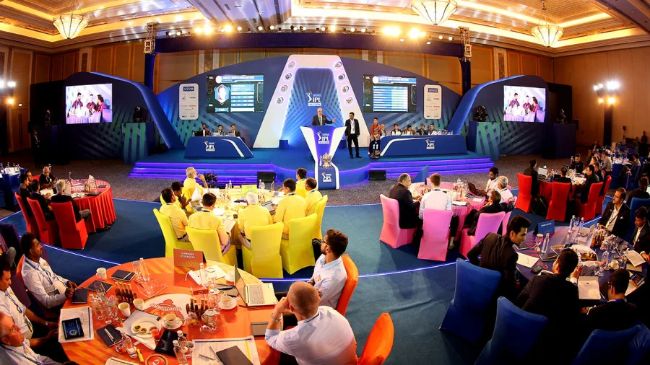 A total of 370 Indian players and 220 foreign cricketers will participate in this auction, out of which 48 players have placed themselves in the Rs 2 crore category. Punjab Kings has at most 23 slots (space for players) while Chennai Super Kings, Delhi Capitals, Kolkata Knight Riders, and Mumbai Indians will have to add at least 21 players to the team.

The rest of the teams have 22-22 places. Punjab KingsThe highest in the auction will go with Rs 72 crore, while Delhi Capitals has the lowest with Rs 47.5 crore. Australia tops the list of most foreign players with 47 cricketers, while 34 West Indies cricketers will stake their claim.

There are 33 players from South Africa, 23 from Sri Lanka, 24 from England, 24 from New Zealand, and 17 from Afghanistan. Top Indian players like veteran opener Shikhar Dhawan, spinners Ravichandran Ashwin and Shreyas Iyer along with stalwarts like Pat Cummins and Kagiso Rabada are among the top players in the top Rs 2 crore base price bracket in the upcoming Indian Premier League auction. Senior India pacers Mohammed Shami and Bhuvneshwar Kumar, Umesh Yadav, Ishant Sharma, and Ajinkya Rahane have also placed themselves in the top value category.