The 40-year-old Dhoni always chose his jersey number seven, whether playing for India or in the Indian Premier League (IPL). Dhoni’s achievements have made many wonder what the secret of No.7 is. 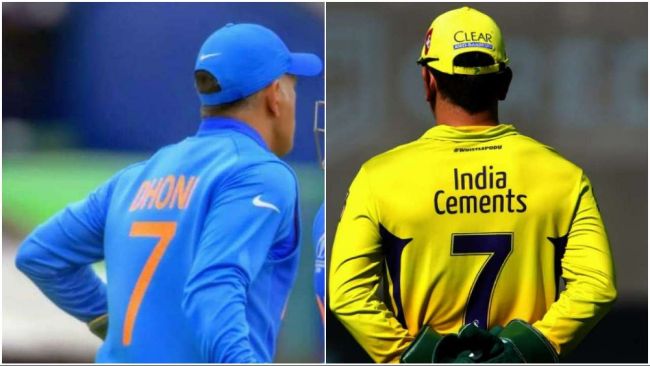 However, in a conversation organized by India Cements, the CSK skipper MS Dhoni revealed the exact reason for choosing number seven for his jersey.

The first number 7 jersey was very famous in football, because this number jersey was worn by legendary players like David Beckham, Raul and Cristiano Ronaldo, but Mahendra Singh Dhoni made this number famous in the cricket world.

Dhoni told why he chose the number 7 jersey

In a virtual conversation with India Cements, Dhoni said, “A lot of people initially thought that seven is a lucky number for me. However, initially there was a very simple reason behind it. I was born on the seventh day of July. The seventh day of the seventh month. That was the reason why instead of going into which number is a good number, I said I would choose my date of birth.”

He further said, “I have absorbed what people kept telling me. When other people ask me, I answer accordingly. Seven is a natural number. It doesn’t go against you. So I added this to my answer as well. I’m not too superstitious about it, but it’s a number that’s close to my heart. So, I have kept it to myself.”

Dhoni made his international debut for India in 2004 against Bangladesh wearing the number 7 jersey. After that he never looked back.

The legendary cricketer is the only captain in the history of the game to win all three ICC trophies. Dhoni led Team India to champions in the 2007 T20 World Cup, 2011 ODI World Cup and 2013 Champions Trophy.