The Indian Premier League 2022 has started and fans are looking very eager to see their favorite batsman and bowler. One of the legends of the game whose batting fans always wait for is Virat Kohli and this time too fans have high expectations from him. In the same sequence, former India head coach Ravi Shastri has made a big statement on the Royal Challengers Bangalore (RCB) batting star. 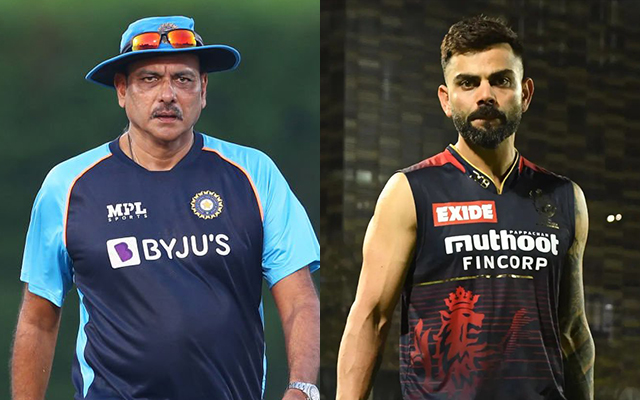 Shastri believes that Kohli can easily clinch the Orange Cap while opening for his franchise this season. Let us tell you that Kohli appeared in real form in IPL 2016, where he scored 973 runs at an average of over 80 to take RCB to the final. This was the only season in which Kohli won the Orange Cap and opened for the team there.

If RCB have a strong middle order then Virat should open

In a Star Sports show, Ravi Shastri said that, “ If Virat Kohli opens this IPL in 2022, I am sure that the Orange Cap may be in danger.” Speaking further about whether the former India captain would open or bat at number three, Shastri said it all depends on the team combination. It is highly likely that the newly appointed RCB captain Faf du Plessis will open the innings for them.

He further said, “ It depends on the balance of the team. I don’t know what their middle order is, but if they have a very strong middle order, there is no harm in Virat opening the innings.

Even though Kohli is playing as a regular player this season, his batting contribution for RCB will be watched with great expectation. RCB will be looking for their first title this season and their contribution there is going to be very important. RCB will start their IPL 2022 campaign against Punjab Kings (PBKS) at the DY Patil Stadium in Navi Mumbai on March 27.