The Team India squad for the New Zealand T20 series has been announced. After Virat Kohli dropped from leadership, Rohit Sharma was appointed as captain of the team. 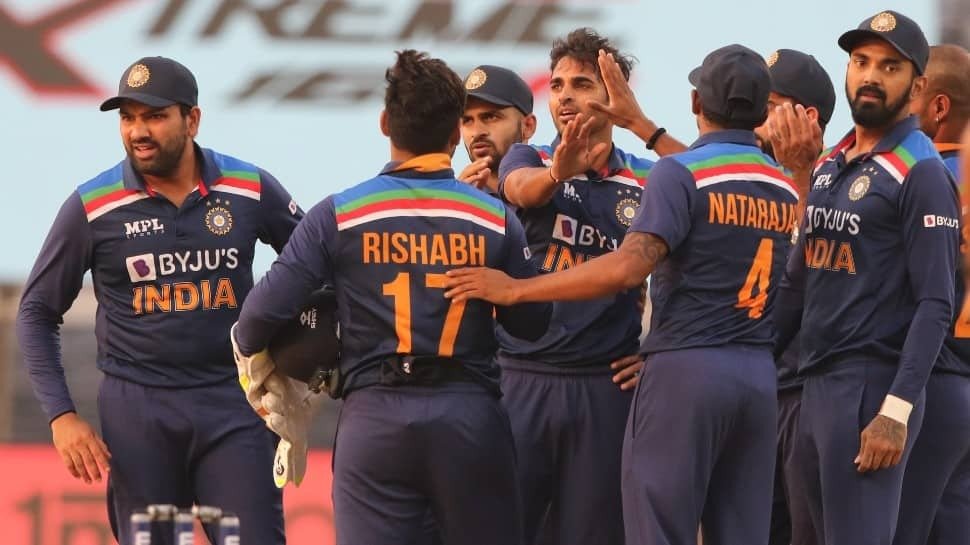 After being knocked out from the league stage in ICC T20 World Cup 2021, Team India to play T20 and test series against New Zealand back in the home. The 16-members squad for the T20 series has been announced by BCCI.

Virat Kohli has been rested for the series and Rohit Sharma to take over the captaincy. RL Rahul was announced as the vice-captain of the side. BCCI has named young IPL talents to the squad for the NZ series.

With Ravi Shastri retried from his duty, Rahul Dravid to take charge as the head coach of the Indian cricket team. The veteran who recently being part of the Sri Lankan series is now set to coach full-time across all formats.

Here is the complete list of a 16-members squad of India for the New Zealand T20 series: 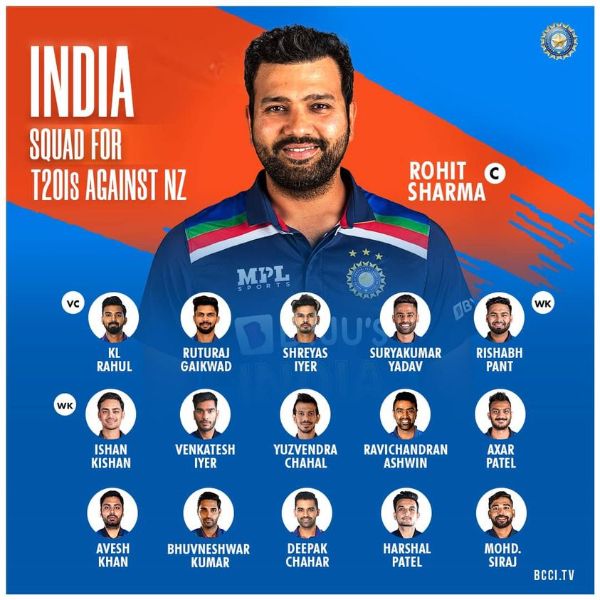 IPl 2021 Leading run-scorer and wicket-taker, Ruturaj Gaikwad and Harshal Patel have been included in the squad. Other young talents like Venkatesh Iyer and Avesh Khan who performed well in recent IPL get a chance to play for the national side.

After some poor performance in the world cup, Varun Chakravarthy and Rahul Chahar have dropped from the team. Yuzvendra Chahal and Axar Patel were recalled to the squad for the NZ series as lead spinner along with R Ashwin.

With newly appointed captain and coach, Team India is to begin a new era in limited-overs cricket. The three-match T20 series is to be played in Jaipur, Ranchi, and Kolkata. Stay tuned to Newsintv.com for more latest cricket news.