In the new season of IPL, once again Hitman Rohit Sharma is ready to take over the command of the Mumbai Indians team, this time Rohit will captain a whole new team. It is known to everyone that Mumbai’s team is the most successful team in this league, but this time the secret of this success has been revealed by Zaheer Khan, the former fast bowler of Team India associated with the team. Where Zaheer has shared a big statement, in which he has also given the reason for the team winning the title so many times. 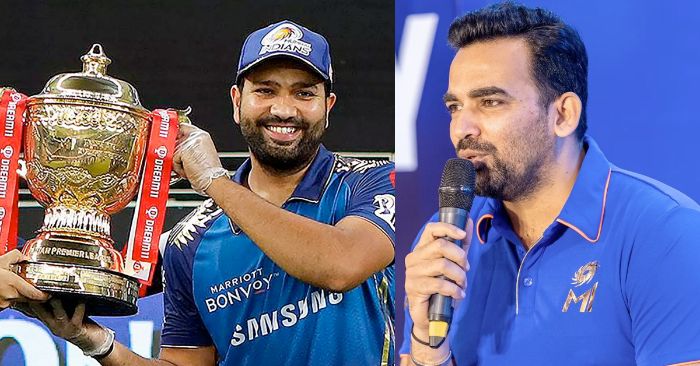 In the eyes of Zaheer Khan, only Rohit Sharma is the best captain

Zaheer Khan has been associated with the Mumbai team for a long time, where the former fast bowler is holding the position of Director of Cricket for the Mumbai team. Also, every time we see Zaheer at the auction table, he keeps giving suggestions about the players.

Zaheer has played cricket for Team India for many years, as well as he has played in the IPL for a long time as a player. That is why he has got a chance to watch the league very closely, under which he has shared his statement about Rohit Sharma.

– Zaheer said – Rohit contributed with both bat and captaincy for Mumbai.
– Players in the team like Rohit Sharma very much as a captain – Zaheer.
– According to Zaheer Khan, Mumbai’s team promotes young players.