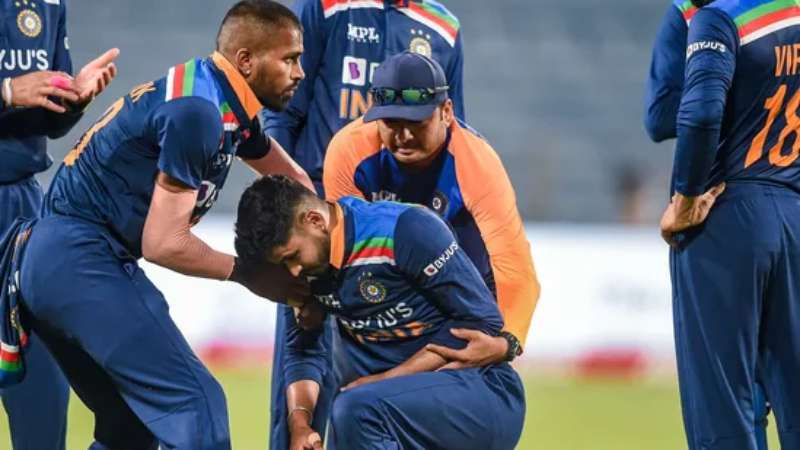 After Jaspirt Bumrah and Ravindra Jadeja, Indian stand-by bowler Deepak Chahar has been ruled out of ICC World Cup 2022. Due to injury he will not able to join the Indian squad for the upcoming event.

Shardul Thakur is expected to include as the replacement for Deepak Chahar as a stand-by player. With recent Man of the series against South Africa, Mohammed Siraj also joining the indian squad as a standby bowler.

All three Indian fast bowlers have been called to Australia for the T20 World Cup 2022, starting October 16, and one of them will be included in India‘s main squad as a replacement for the injured Jasprit Bumrah, the other two. Will be with the team as a standby player. Deepak Chahar was selected as a standby player for the upcoming T20 World Cup but has been ruled out of the tournament due to a back injury he suffered during the recent T20I series against South Africa. He will now complete his rehab at the NCA in Bengaluru, while Shardul Thakur will fly to Australia.

However, Shreyas Iyer and Ravi Bishnoi, who were selected as standby players in the T20 World Cup squad, will remain in India.

Meanwhile, Mohammed Shami is in the race to replace Jasprit Bumrah in India’s T20 World Cup 2022 squad but Mohammed Siraj’s impressive performance in the recent ODI series against South Africa could give him a tough fight. Shami will reportedly undergo the final fitness test on October 12.

Let us tell you, the ICC has set October 15 as the deadline to nominate the final squad for the teams for the upcoming T20 World Cup 2022, which means that the Indian team management will have to wait for the bowlers to arrive in Australia. There will be only one day to announce Bumrah’s replacement.