India opener Smriti Mandhana has won the International Cricket Council’s Women’s Player of the Year award. She has become the second player after Australia all-rounder, Ellyse Perry, to win the highest individual difference in the women’s overall category of the annual ICC Awards.

Mandhana defeated Tammy Beaumont of England, Lizelle Lee of South Africa and Gabby Lewis of Ireland. Mandhana was also nominated for the Women’s T20I Player of the Year award, but that was won by England opener Tammy Beaumont. 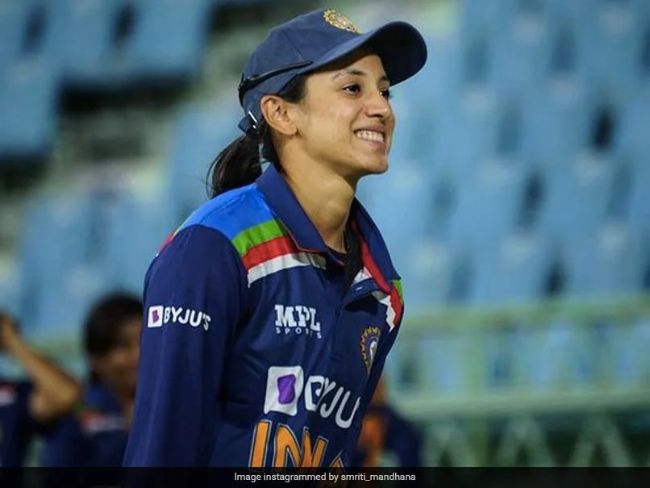 Jhulan Goswami who won the same award in 2007. She is the second Indian woman to win the ICC annual award. Mandhana scored 855 runs in 22 international matches in three series at an average of 38.86, including one century and five half-centuries.

India’s star opener Smriti Mandhana has was on Wednesday named in the International Cricket Council’s (ICC) women’s T20I team of the year for 2021 due to her stellar performance in the shortest format of cricket but no Indian men’s team made it to the team.

The award is given to the overall best performing player in women’s international cricket (Test, ODI and T20 Internationals) during the year. The winner has announced on January 23. The 25-year-old left-handed batsman scored 855 runs in 22 international matches at an average of 38.86 during the year 2021. This includes one century and five half-centuries.

In the limited-overs home series against South Africa, the Indian team had lost six out of eight matches. Mandhana’s role was important in the two matches that the team was successful in winning. India successfully chased down the target of 158 runs in the second ODI on the back of his unbeaten 80.

Related: Virat Kohli stepped down from Test captaincy, Rohit Sharma to take over

After this, in the last match of the T20 series, She played an innings of 48 runs to win the Indian team. Mandhana scored 78 runs in the first innings of the one-off Test against England. This match was a draw. He played a crucial inning of 49 runs in India’s only win in the ODI series against this team.

In the T20 International series, his 15-ball 29 and then half-century did not work for the team. The Indian team also lost the series 1-2 with both these matches. After this, his bat shone a lot on the tour of Australia as well.

Smriti Mandhana scored 86 runs in the second match of the ODI series. He scored the first century in the longest format of the game in the Day-Night Test played on the tour. He scored 127 runs. She was Man player of the match in this drawn match.