Skyesports has announced its upcoming esports tournament for Battleground Mobile India (BGMI). The city-based tournament will clash between 16 top BGMI teams from India.

Skyesports League 2022 will be a Lan event that is scheduled to happen from August 7 to 11, 2022 in Delhi, India. The organizers planned to allow the audience inside the gaming arena to cheer for their favorite team. 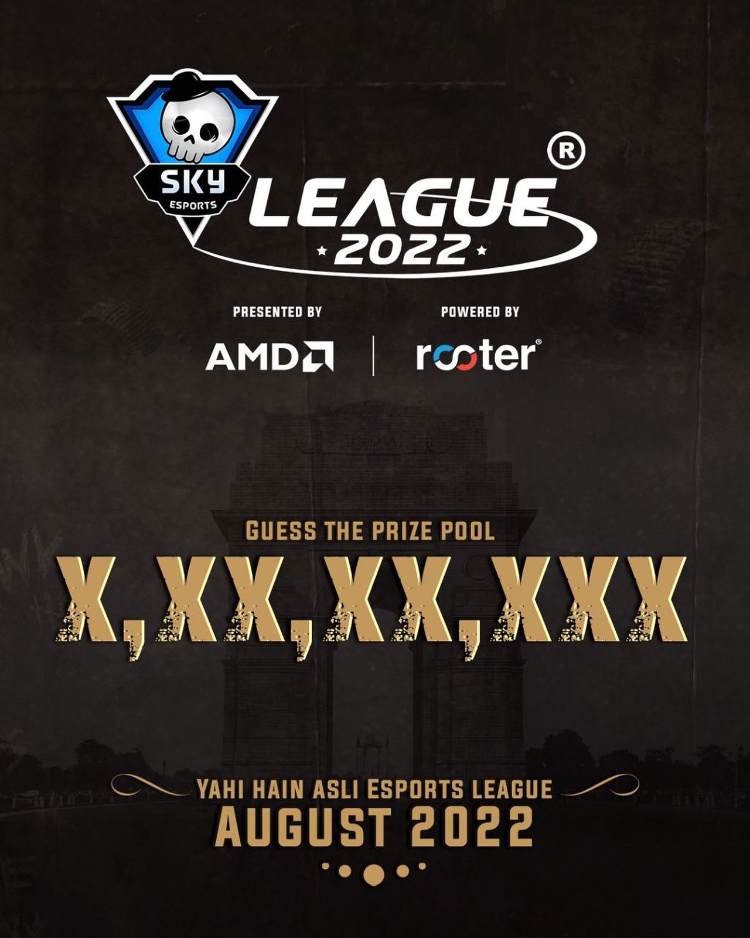 A total of 16 teams will be participating in the event for the first edition of Skyesports League 2022. The list of team names has been announced by Sky Esports which includes all the top cities in India.

The tournament will be played and brand like other sports events including the Indian Premier League (IPL) for cricket. AMD will be the official sponsor for the BGMI LAN event which conduct by Sky Esports.

Mumbai Aces and Chennai Clutches are the first two teams officially announced by the organizers. GodLike Esports (GL) will represent the city of Mumbai, whereas Team Revenant (RNT) will play for Chennai.

Sky Esports has revealed their first edition of Skysports League 2022 will be played for a massive prize pool with an 8-digit INR. Some insider reports suggest it will be the biggest ever prize pool for the BGMI tournament in India.

Skyesports is a leading provider of esports entertainment and competition. With a focus on community, fun, and fair play, we offer a wide range of esports tournaments and events for players of all skill levels.

Sky’s mission is to provide a platform for gamers to come together and compete in a fair and fun environment. We believe that esports should be accessible to everyone, and we’re committed to making our events open and inclusive.