Rajkummar Rao’s Badhaai Do was released on 11 February 2022 worldwide in the Hindi language. Swapnil S. Sonawane is worked as Director of Photography and Kirti Nakhwa did editing for the film. 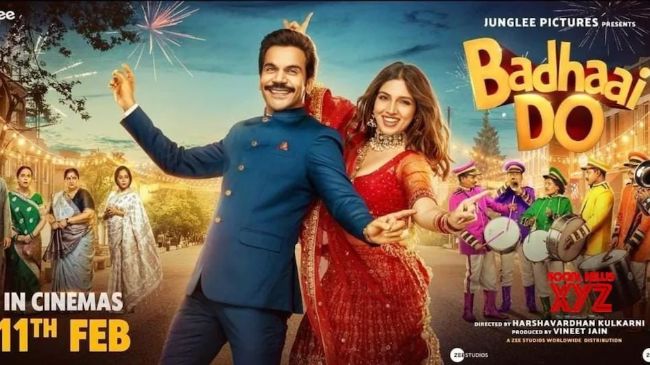 Check out below to know about full details of Badhaai Do movie cast which includes lead actor, actress, heroine and other supporting role artists.

Here is the complete technical crew of Badhaai Do movie including the director, production company, cinematographer, Music director, editor, and more.

Here is the official video teaser/trailer of Badhaai Do film which is launched online by production/digital rights company in their respective youtube channel. 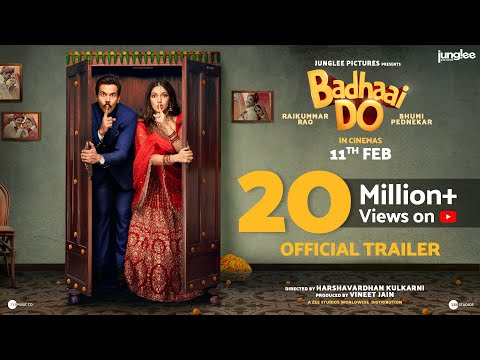 Check out below for Badhaai Do movie review roundup gathered from some of the tops and reputed online portals and news websites. The film which was released in February 2022 received some good responses from critics and the audience. By gathering overall reviews from critics, the movie rated with 3 stars out of 5.

NDTV – 3.5/5
‘The Acting By Rajkummar Rao, Bhumi Pednekar And Ensemble Is Extraordinarily Effective’

MidDay – 3/5
‘Queer love story shines with its honesty. Badhaai Do is an honest effort in the right direction, and one of the reasons it works.’

Hindustan Times
‘Rajkummar Rao, Bhumi Pednekar’s family entertainer is bold but could have been braver’

How much is the budget for Badhaai Do movie? The overall production cost of Badhaai Do film is made with a budget of 50 crores. As per the source, the cast and crew members’ remuneration claimed to be a major cost of the production.

Badhaai Do starring Rajkummar Rao is produced by Junglee Pictures in 2022 with a budget of 50 crores and released on 500+ screens worldwide in the hindi language.

Very good movie.. it deserve to but in but list