Pushpa: The Rise is a Telugu language movie written and directed by Sukumar. Touted to be an Action Thriller, the film starring Allu Arjun, Fahadh Faasil, Rashmika Mandanna. The movie was produced by Mythri Movie Makers and Music composed by Devi Sri Prasad. Here are the complete cast details of Pushpa: The Rise movie including actor, actress, heroine, and other character artists.

Check out below to know more details of Pushpa movie crew which includes producer, director, music composer, director of photography, editor and more.

Here is the review roundup summary of Pushpa: The Rise movie by some popular online movie portals. The film has received mixed reviews and responses from critics and audiences. The overall rating for Allu Arjun starter garnered around 3.0/5.

‘Allu Arjun shines in this sprawling battle of egos’ – TheIndianExpress (3.0/5)

‘Pushpa – The Rise is riveting in some segments and bland in others. Allu Arjun shoulders the film’ – The Hindu

‘Only Color No Fragrance. All in all, “Pushpa” belongs entirely to Allu Arjun and his commendable performance.’ – GreatAndhra (2.5/5)

‘Allu Arjun is terrific, ends 2021 with one of the most entertaining movies of the year’ – Hindutantimes

‘;On the whole, Pushpa is Allu Arjun’s one-man show as the icon star delivers a knockout performance.’ – 123Telugu (3/5) 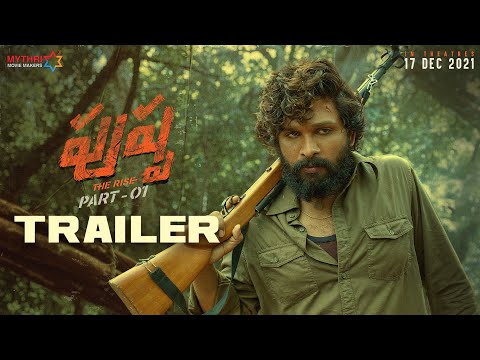 Allu Arjun Starrer Pushpa: The Rise was produced with a budget of around 80 crores by Mythri Movie Makers and released on nearly 3000+ screens worldwide. The film takes storm at the box office and became the highest opening day collection for Allu Arjun in his career.

The first-day box office collection of Pushpa s reportedly around 50+ crores gross (approx.) worldwide. The movie was released across the globe in 4 different languages. According to the reports, The film has collected 100 crore gross worldwide in its first weekend which turned out has massive Hit of the Year 2021. Pushpa: The Rise Movie Hit or Flop – Based on the overall review roundup and box office collection analysis.

The knowledge and competence flowing from your posts inspire and make you reflect. Thank you for making such a rich contribution to the blog community. Keep on going Hi!

Pushpa will be blockbuster hit of 2021 for Allu Arjun!