Here is the complete cast details of Sarkaru Vaari Paata movie including actor, actress, heroine and other character artists. 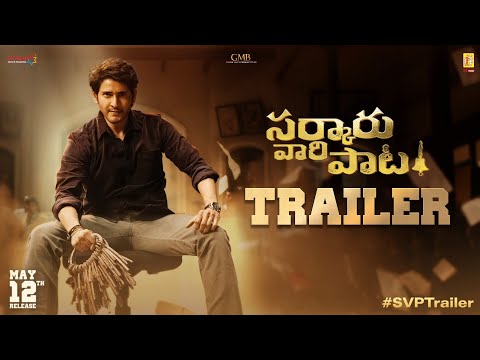 Here is the review roundup summary by some popular online movie portals. On average rating about 2.5 for 5 Stars.

123Telugu – 3/5 [1]
“On the whole, Sarkaru Vaari Paata is a typical masala entertainer made for the masses and fans. The film runs on a typical commercial formula template and the songs and fights are an added bonus.”

Times of India – 2.5/5
“Mahesh and Keerthy shine in this half-baked drama.”

The Quint – 2.5/5
“‘Sarkaru Vaari Paatu’ sticks to the commercial cinema formula but doesn’t succeed in arriving at the desired results” Superstar Mahesh Babu’s Sarkaru Vaari Paata opened with a massive collection at the box office. The film has earned a whopping Rs. 75+ crores gross worldwide on its first day of release. Which records the highest ever opening collection for any Mahesh Babu film.

By targeting the summer holidays of 2022, Sarkaru Vaari Paata garnered good response from family audience and did massive collections at box office. During its first weekend, the film managed to cross more than Rs. 100+ crores in India.

The final box office collection of Sarkaru Vaari Paata is expected to collect around Rs. 200 crores worldwide, as per the trade reports.

Is Sarkaru Vaari Paata Movie Hit or Flop – Based on the overall review roundup and box office collection analysis.