Actor Shah Rukh Khan has commenced shooting for his upcoming movie with Atlee Kumar. The work kicks start at Pune and the other cast including Nayanthara are seen at Shooting shot.

The photos of Shah Rukh and Nayanthara from the shooting spot have been circulated on social media. The title of the movie is not yet decided, however it is expected to release along with the first look poster or teaser. 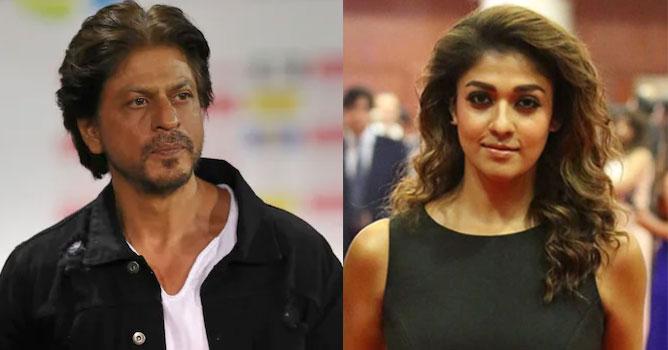 Atlee, the promising filmmaker of Kollywood is making a debut in Bollywood with King Khan for a mega-budget flick. The director is known for his blockbuster movies in Tamil along with Vijay including Mersal, Bigil, and There.

Shah Rukh Khan was last seen on the big screen as a lead actor way too back in Zero (2018) directed by Aanand L. Rai. The actor is now working on his forthcoming movie ‘Pathan’ which was delayed due to Corona Pandemic.

Meanwhile, King Khan has started filming his new movie with Atlee. Touted to be a spy-action thriller, The official announcement about the project is yet to be released by the makers.

Director Atlee’s success formula is known for his engaging storyline with complete family entertainment. After conquering Kollywood box office records, the budding director from the south expected to hit Bollywood with a bang.

On the other side, The lady superstar of the South. Nayanthara is all set to make her debut as the female lead in Bollywood. The renowned actor of south going to feature in a Hindi film after 16 years since her debut.

Atlee expected to retain the technical crew of his previous movies including AR Rahman as a music composer, G. K. Vishnu to handle cinematography and Editing to be done by Ruben. However, the official confirmation about the movie is expected to reveal soon. Stay tuned to Wikinsights.com for more latest Bollywood news and updates.