Recently Ace-music composer of Kollywood Yuvan Shankar Raja has posted an image on the social media handle. In the photo, Yuvan poses along with Thalapathy Vijay during their meeting.

The image of two iconic Kollywood celebrities goes viral on social media and started trending. Buzz going around that Yuvan Shankar Raja might rope in for Thalapathy Vijay’s next. 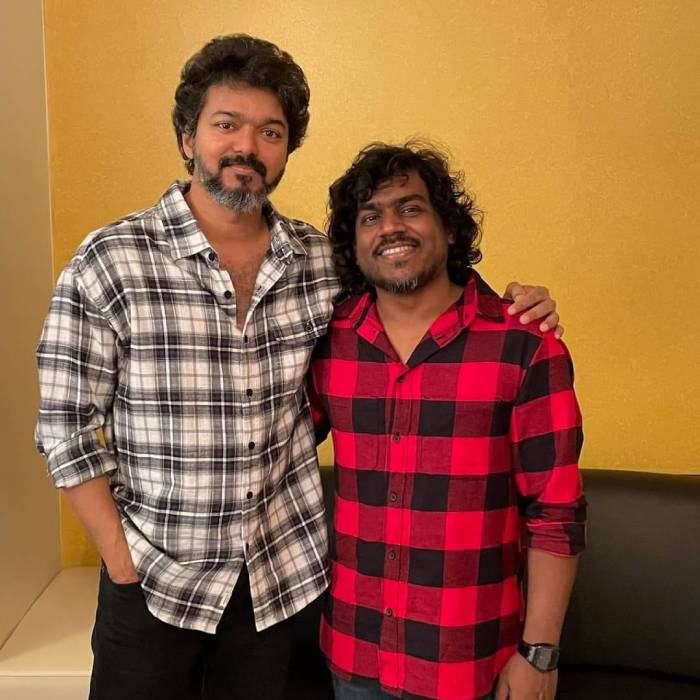 Vijay recently wrapped shooting for his forthcoming film with Nelson Dilipkumar ‘Beast’ and the film is expected to release in Summer 2022. ‘Thalapathy 66’ is set to produce by Vamshi Paidipally which is going to be a Tamil & Telugu direct release.

According to the buzz, Yuvan Shankar Raja expected to compose music for Thalapathy 67. However, there is no official announcement regarding the collaboration of the duo.

Vijay and Yuvan previously worked for ‘Pudhiya Geetha (2003)‘ almost two decades before. Due to various circumstances, both of them were not able to unite on the same project. Fans of both stars are eagerly awaiting the reunion.

Yuvan Shankar Raja enjoying the success of his latest release Maanaadu with Simbu and Venkat Prabhu. He was waiting for the release of Valimai with Thala Ajith which is set to release for Pongal 2022.

Earlier last year in one of his interaction with fans on social media, Yuvan quoted that he admires Vijay’s work and is interested to work with him if get an opportunity.

Some of the Kollywood trackers on social media have confirmed that Yuvan will be the music composer for Vijay next. The official announcement is expected about the project in earlier 2022. Stay tuned here for more latest Kollywood news and updates on Newsintv.com