Social media sensation GP Muthu is all set to debut in Kollywood along with Powerstar Srinivasan and Sunny Leone. The 40-year-old officially confirmed the news on his youtube and Instagram pages. After his successful journey in social media, GP set to entertain on the big screen.

GP Muthu, prominently known for his funny videos on youtube and Instagram has gained more popularity in the last few years. Started his internet journey in the micro-video app ‘TikTok’, GP has garnered a huge fan following in the internet world. With nearly 1 million followers on YouTube, the Tamil entertainer is all set to make his debut in movies. 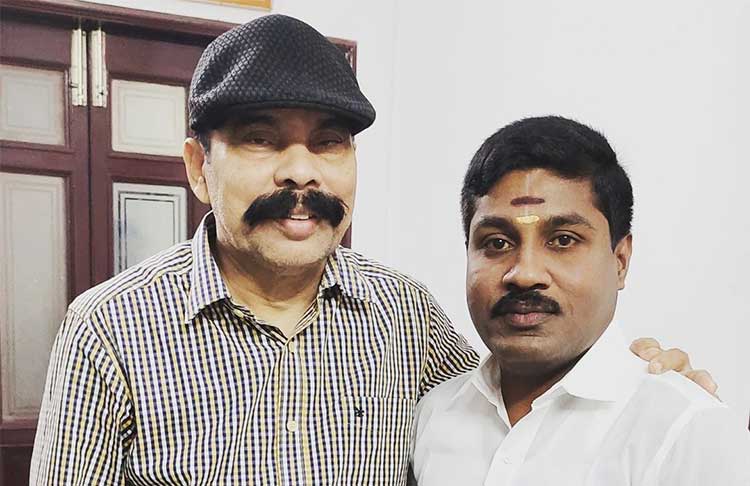 He signed a movie to play a comedian role in Powerstar Srinivasan’s upcoming Tamil film title pickup. A film is produced and directed by popstar himself, featuring along with Vanitha Vijayakumar in the lead role. The movie is expected to release at the end of 2021.

GP Muthu also signed for a movie which is going to act by Sunny Leone. The 40-year-old is set to play a comic role in the film. Currently, GP also signed for a few more movies which are also expected to release at end of 2021 or earlier 2022. The power of the internet introduces yet another talent to the big screen of Kollywood.

In his recent videos, GP Muthu has seen going for shooting spots and taking pictures with many celebrities. He also acted in a few television shows which aired on Aditya TV. Being the latest internet sensation and youth’s favorite, GP getting more popularity each day. His letter reading and replying to paper ID in his social media posts makes him unique and watchable for his followers.

Can GP Muthu utilize his opportunity and explore big in Kollywood with his upcoming movies? Let’s wait and watch for his new journey. Follow us for more latest entertainment news on Newsintv.com.