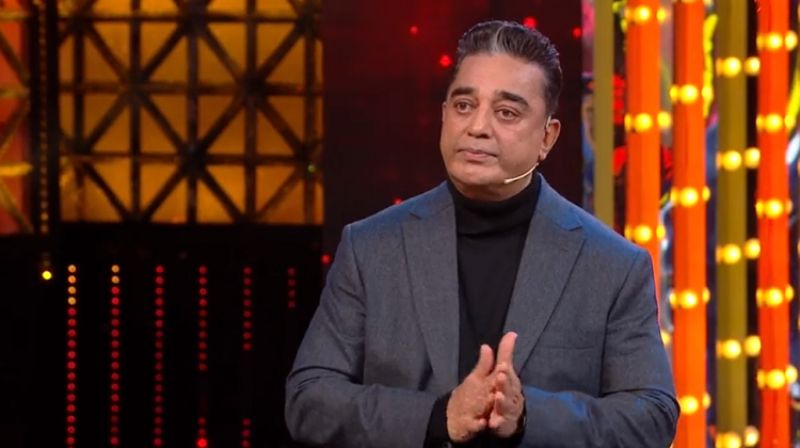 Kamal Haasan has hosted Bigg Boss Tamil for the last five seasons, as well as the spin-off, Bigg Boss Ultimate, most recently. Due to a schedule difficulty with his next film, Vikram, the South actor stated on Sunday, February 20, that he was withdrawing from the production.

Below is the statement released by Kamal Haasan:

“Our next film Vikram had to be rescheduled due to the Pandemic and the accompanying lockdowns and restrictions, both of which were properly enforced by the government.

The timeline of Vikram’s production had been precisely scheduled so as not to interfere with my obligations to Bigg Boss, a programme that is extremely dear to my heart. So much so that I didn’t allow myself be bothered by any pain I could have had after getting the COVID virus. As soon as (I) finished testing, I was back on stage with you all and presenting this amazing concert.

It’s an honour and a privilege for me to introduce the first Bigg Boss digital avatar. Bigg Boss Ultimate was a game changer for me since I’ve always been a fan of new technology and innovation in the entertainment industry. To prevent conflict with Bigg Boss Ultimate, we’ve had to rearrange production operations for Vikram because to the lockdown and limitations that have been placed on us.

There are still many days of shooting remaining to finish the sequences involving some of the most important performers and technicians in the film industry, so it is nearly impossible to handle Vikram and BiggBoss simultaneously. If I had to wait for these famous actors and professionals because of their busy schedules and other obligations, it would be unjust to them. As a result, I have been forced to withdraw from the current season of Bigg Boss.”