The latest news in the Bigg Boss Ultimate House is that two new contestants entered as a wild card. Interestingly, KYP Sathish made his debut on the show along with Suresh Chakravarthi.

With six more weeks to go, The makers decided to engage much with an audience so Suresh Chakravarthi was invited to re-enter the house as an entertainer. 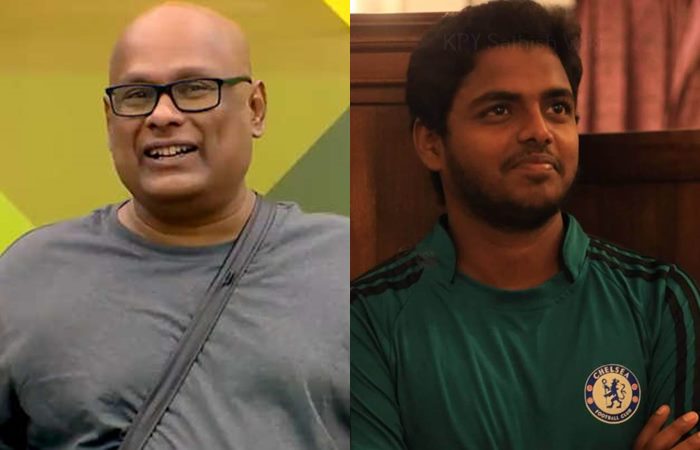 Surprisingly, there is no eviction for the last week since it’s an inaugural show of new host Silambarasan. With the two new participants and new hosts, the makers expected to extend BB Ultimate for two more weeks.

KPY Sathish is one of the prominent faces of Vijay Television who previously participated in the Kalakka Povadhu Yaaru show. He was one of the finalists of his season and garnered huge attention for his unique comedy.

A versatile mimicry artist also made his appearance in KPY Champions in the last two seasons and entertained the television audience with his timing comedy. Now he is all set to face the new challenge in BB Ultimate house.

On the other hand, Suresh Chakravarthi made his entry to bigg boss’s house yet another time. One of the most controversial participants who earlier evicted during the first week.

By doing all the analysis since his exit, Suresh might come up with a new game plan and strategy to tackle the housemates to make the show more interesting.

On week 5, Balaji Murugadoss was selected as the house captain. Some of the nominees who might select for voting for this week include Thadi Balaji, Anitha, Snehan, Suruthi.

We at Newsintv.com covers exclusive updates, voting, and news about the Bigg Boss Ultimate show. Stay tuned to this space for more interesting news.