Vanitha Vijayakumar has decided to walks out from the bigg boss’s ultimate show due to her mental health. One of the most controversial contestants of all time in bigg boss Tamil is not interested to stay in the house.

Vanitha Vijayakumar Walks Out Of Bigg Boss Ultimate on Day 23 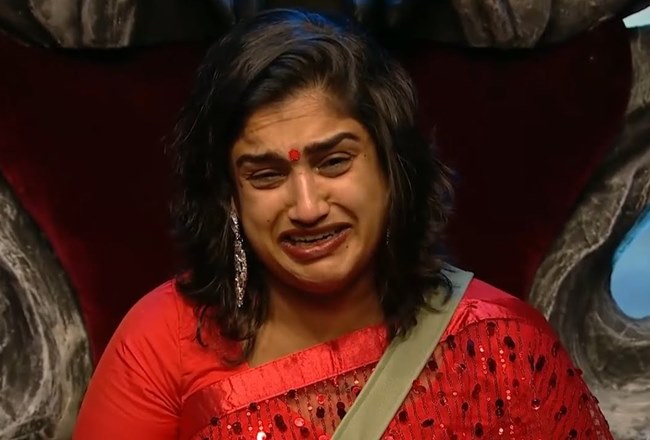 The season 3 contestant and title winner of Cook with Somali seems too active inside the BB Ultimate house since the beginning. However, as the days progress she gets too involved in lots of arguments with fellow housemates.

While the other participant counterattack for all her arguments it burst out the entire house. Vanitha was involved in a heated dispute with Balaji Murugadoss during the second week and then with Niroop Nandhakumar during 3rd week.

With continued disputation with fellow housemates, Vanitha was mentally down and able to see with multiple breakdowns inside the confession room. Being stubborn during the task events, all housemates were unhappy with her and started complaining to the show host.

Due to her health condition and unwillingness to participate in the show, Vanitha Vijayakumar decided to walks out of the bigg boss’s ultimate show on day 24 (Week 4). Notably, she was nominated for eviction for the week.

Recently, the show host Kamal Haasan quits his role because of his date conflict for his forthcoming film Vikram. Within two days’ time, now Vanitha decided to out of the bigg boss’s house.

Bigg Boss Ultimate is the brand new Tamil OTT show which is telecast on the Disney+ Hotstar platform. So far four contestants have been eliminated which include Suresh Chakaravathy, Suja Varunee, Shariq Hassan, and Abhinay Vaddi.

Stay tuned to Newsintv.com to know all the latest updates and news about television show and bigg boss ultimate.