Newsintv
Home News Is Vijay Sethupathi on the board for Allu Arjun’s Pushpa 2?

The year 2022 is completely owned by South Indian movies at the box office with the likes of KGF, RRR, and Vikram. Films from the South brought audiences back to the theatres after Bollywood was devastated by the Corona era. ‘Pushpa: The Rise,’ starring Allu Arjun and Rashmika Mandanna, drew audiences back to the cinemas last year. 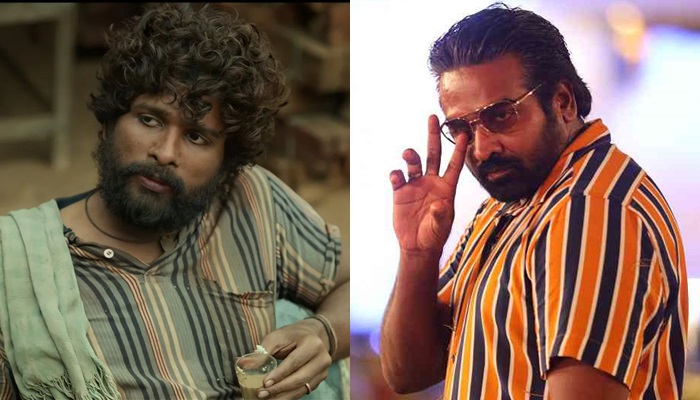 After the film was a big success, the filmmakers announced that they will be returning with a sequel shortly. There has been a recent development in the plot of this film. It’s now or never for Pushpa and South Star to make their debut. As a result, this movie is going to be much better.

In the latest Pushpa news, Vijay Sethupathi’s set to join Allu Arjun and Rashmika Mandanna’s Pushpa. This time around, Vijay Sethupathi will join Fahad Faasil in the character of a police officer in the movie. Sukumar, the film’s director, allegedly employs a variety of strategies in an attempt to make the picture a commercial success.

Sethupathi’s character in the film has now been revealed to be that of a cop. There has been no mention of whether the new police officer would look like Fahad Fasil or something else entirely. However, the film’s viewers may expect a double dose of excitement from this point forward. By commenting, tell us what you think about Vijay Sethupathi’s entry.

Recently Vijay has played the antagonist of Vikram starring Kamal Haasan and Lokesh Kanagaraj. The deadly character named Santhanam played by him has been talk of the Kollywood for while.

The addition of Sethupathy will adds huge weightage to Pushpa part 2 in which the film reaches a larger audience in south especially in Tamil Nadu. So far there is no official; information from the makers regarding his inclusion, however its almost confirmed by various sources/