20 March 2022 – For this week in Bigg Boss Ultimate Tamil, Anitha Sampath has been eliminated from the show. After getting a lesser number of votes from the weekly poll, Anitha’s journey officially came to end.

The popular OTT version of bigg boss Tamil which was telecast in Disney+ Hotstar is going well. With 24×7 broadcast in the digital platform, the audience gets to see lots of action inside the house. 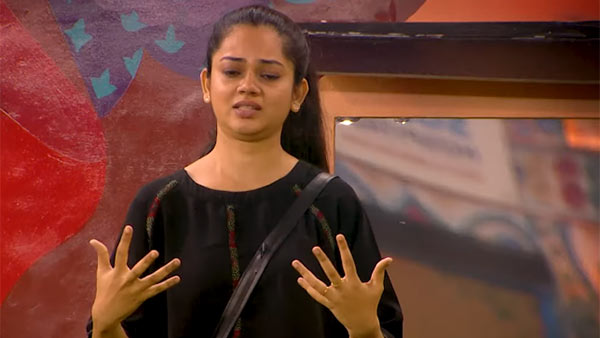 During the 7th week of BB Ultimate Tamil, six contestants have been nominated for public voting. The list of contestants who are nominated includes Anitha, Sathish, Suruthi, Julie, Niroop, and Thamarai.

Unfortunately, Anitha Samapth’s journey inside Bigg Boss Ultimate Tamil officially comes to an end. According to the reports, she garnered a lesser number of votes in official polling which was conducted in the Disney+ Hotstar app.

The show host Silambarasan TR has announced the elimination for the week in the weekend special episode. With nine participants still in the competition, BB Ultimate is expected to end in May 2022.

Balaji Murugadoss and Abhirami Vengatachalam are selected as Captain of the week after winning the task. The special tasks have been conducted which create lots of conflicts between Balaji and Niroop.

During the last week, Snehan has been eliminated from Bigg boss Ultimate, following to him now Anitha evicted. Fans are expected either Suruthi Periyaswamy or KPY Sathish will evicted this week. However, the results turned out as a surprise for the viewers.

Thamarai was selected as Captain for Week 8 after winning the task. As per the reports, Balaji Murugadoss and Julie will be nominated for next week’s public voting. Stay tuned to this space to know more latest updates and information about Bigg Boss Ultimate Tamil Voting and News.