Check out here for the complete details about Bigg Boss Ultimate Vote (2022), contestant’s nomination, and elimination list. The most anticipated OTT version of Bigg boss Tamil has been started on 30 January 2022.

The digital version of the show is available to stream and watch online in Disney+ Hotstar and voting takes place on the same platform.

Bigg Boss Ultimate Tamil will be host by Ulaganayagan Kamal Haasan during weekend. The new format of the famous show includes participants from the previous season and is available to watch 24×7 online.

We are conducting an unofficial Bigg boss ultimate voting for the season. Each week one participant will be eliminated based on the overall votes received. Below is the list of contestants nominated for this week’s eviction.

Here are the latest updates on the Bigg Boss Ultimate voting result for this week’s elimination. Based on our unofficial public poll we gather information on the total number of votes and percentage for each participant.

The voting results table will be updated in regular intervals of time. Keep checking the table to know all the reports on bigg boss vote results. How to vote for Bigg Boss Ultimate?– The OTT version of Tamil bigg boss has begun and a weekly bigg boss ultimate Tamil voting process was conducted to eliminate one housemate from the show. Find out the complete steps to vote for your favorite contestant: 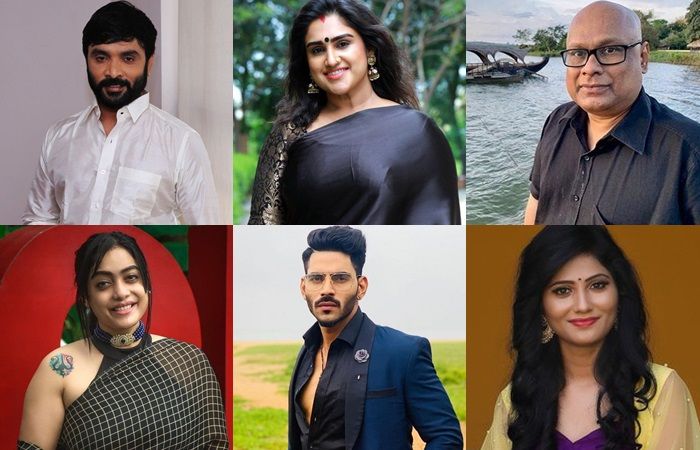 For the brand new season of Bigg Boss Tamil OTT (Ultimate) a total of 15 contestants entered the house to compete in a live show. As the show tagline, this will be a second chance for old housemates of the previous season. Below is the list of contestants for Bigg Boss Ultimate Tamil (season 1).

Stay tuned to this space to know about Wild card and re-entry participants’ details of Bigg Boss Ultimate Tamil Season 1 (2022). With the source close to the makers of the show we will update exclusives on media.

During the journey of the bigg boss ultimate show one contestant will be eliminated based on the online voting poll. From the list of total nominees each week the least voted person will be quit from the house.

The Online Bigg Boss Ultimate Vote Results will be updated below along with complete details of the weekly nomination and evicted participants.

Here is the list of the eliminated participant of Tamil bigg boss ultimate 2022 (Season 1):

Shariq Haasan was nominated as the captain of week 1. For the first week’s nomination, 8 participants have been nominated for online voting.

Result – Suresh Chakaravathy was Eliminated from the house on Day 8.

Suresh Chakaravathy appointed Snehan as the new captain for week 2. On the second week of the nomination process, 5 contestants were chosen for public voting.

Result – Sura Varunee was eliminated from the show on Day 15.

The captain for Week 3 will be Vanitha. Julie, Anitha, Balaji, Niroop, Abhinay, Shariq were nominated for eviction.

Result – With lesser votes from the audience, Shariq Hassan and Abhinay Vaddi have been eliminated.

Thamarai was selected as the house captain after the results from the task. No Eviction, Vanitha walks out.

Simbu appointed as the new host of BB Ultimate after the exit of Kamal Haasan.

With the lesser number of votes in bigg boss vote results, Thadi Balaji has been eliminated from the BB Ultimate on week 5.

On 27th March 2022, two contestants has been eliminated from the show. Suresh Chakaravathy and KPY Sathish are the evicted participants of week 8.

To save your favorite contestant from BB Ultimate you can vote via missed call using the below list of mobile numbers. (Mobile numbers to be updated soon)

After the huge success of Bigg boss Tamil in Vijay Television since 2017, the maker of Bigg boss ultimate roped in Ulaganayagan Kamal Haasan as a host.

After ruling big-screen films and television, the multitalented filmmaker & actor set to entertain in the digital medium.

This will be Kamal Haasan’s debut OTT program on Disney+ Hotstar. The actor hasn’t directed released any of his movies on the OTT platform before.

So the host is really excited to connect with people in digital media.

According to the reports, Kamal Haasan the host of BB ultimate Tamil will be featuring during the weekend special episodes.

He will review and interact with the contestants of their journey each week. Due to his shooting call sheet for his next movie Vikram, he decided to quit the show.

On the fifth week of the show, Simbu has replaced Kamal Haasan as the host. The ace-actor of Kollywood made his debut on the digital platform.

The results of the bigg boss ultimate tamil voting process and elimination were also declared during the weekend show.

The first season of Bigg Boss Vote Tamil (Ultimate) has been officially launched on 30 January 2022.

The brand new digital version of the bigg boss show in Tamil will be available to watch exclusively on Disney+ Hotstar. (Wiki)

As mentioned before, Kamal Haasan will be the face of BB Ultimate Tamil season 1 as host. Star India network and Endemol Shine India production company will be producing the show in 2022.

According to the reports, the format of the show will remain as same which was played previously in five seasons since 2017. However, it is available to watch 24×7 by the audience through a digital medium via OTT.

We have covered above the complete steps on how to vote for your favorite contestant to save from elimination.

How to watch Bigg Boss Ultimate?

Bigg Boss Ultimate Tamil will be available to watch only online on the popular OTT platform Disney+ Hotstar. The new OTT show will be streaming 24×7 exclusively on Hotstar website and mobile app.

To catch all the latest actions of BB ultimate Tamil then subscribe to the Hotstar premium plan and access the content. Click this link to watch the live streaming of OTT Ultimate on Disney Hotstar platform, 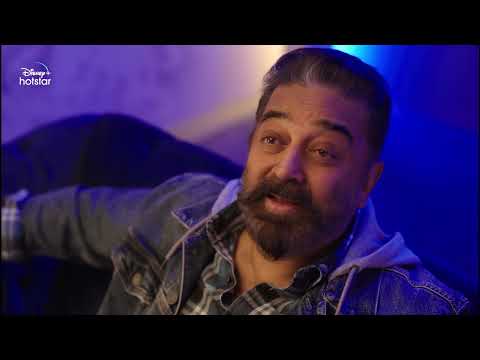 Here are some of the frequently asked questions about Bigg Boss Ultimate Voting (2022):

Q1: How many times one can vote per day?

Ans: One registered user can vote up to 10 votes per day to their favorite contestant.

Ans: No. The voting process of Bigg boss ultimate available only on Disney+ Hotstar mobile app.

Q3: Is it available to watch on Vijay TV?

Ans: Bigg Boss Ultimate exclusively streaming on Disney+ Hotstar and will be not available to watch on Vijay Television.

Q4: How much does Disney+ Hotstar Subscription cost?

Ans: Disney+ Hotstar provides a flexible subscription model for its users starting from Rs. 499/year and up to a maximum of Rs. 1499/year.

Q5: Where to find the Bigg Boss Vote Results Online?

Visit the above article to know the latest update on Tamil OTT Bigg Boss Ultimate Voting Results for each week eviction. 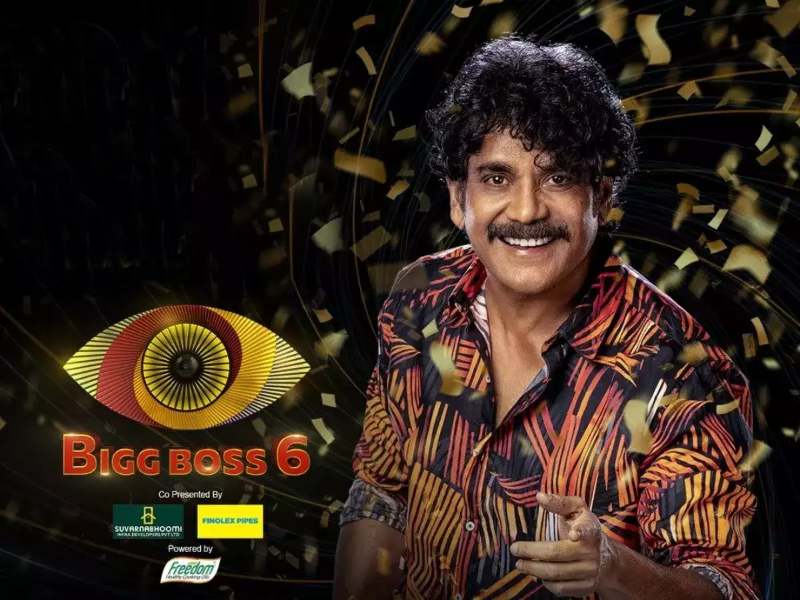 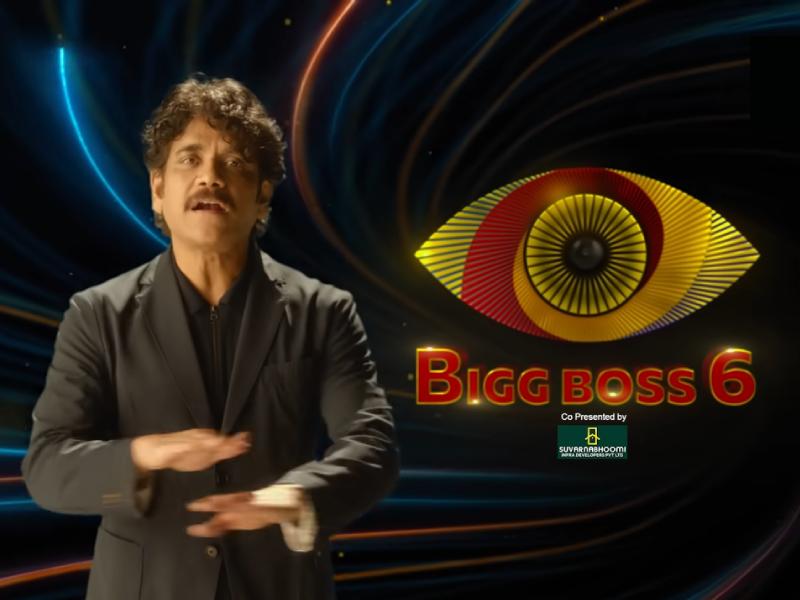