The first-week voting results of Bigg Boss Ultimate season 1 are unveiled by Kamal Haasan. Suresh Chakravarthi was eliminated from the show after getting a lesser number of votes from the poll.

Suresh Chakravarthi, the multi-talented actor and chef is one of the most entertaining in the house. Notably, he used to create conversation and controversy with others to add fuel to the show. 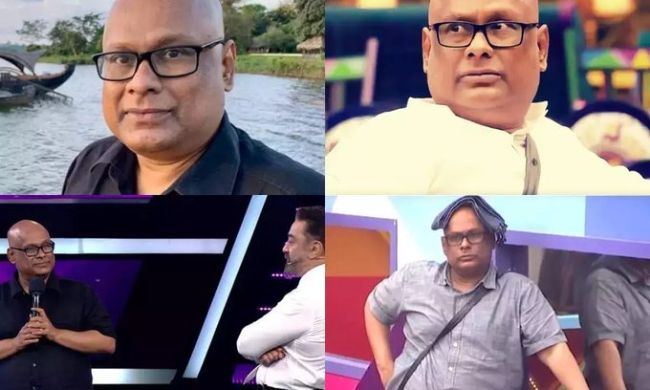 During the first week of BB Ultimate, Suresh was nominated for eviction along with Vanitha, Snehan, Julie, Abhinay, Anitha, Niroop, and Suruthi. A total of five housemates has mentioned his name during the nomination process.

The official online voting poll for BB Ultimate has occurred in Disney+ Hotstar mobile app. In which one registered user can able to vote up to 10 times per day. The participant who received a maximum number of votes from the public will be saved.

We at Newsintv.com have conducted Unofficial Bigg Boss Ultimate Voting – Week 1. In which the results show, Suresh got a lesser number of votes compared with other nominees. Below is the final result: 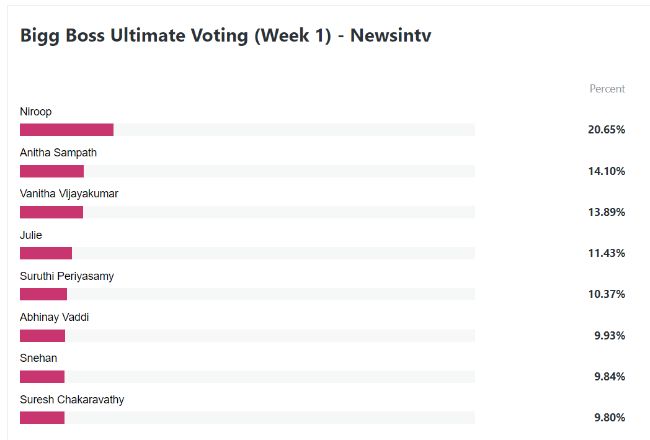 According to the analysis, the reason for Suresh Chakravarthi to evict from the show on the first week is due to his unwanted gossip with other housemates. Even though it adds value to show and make it more interesting, people personally felt bad for him.

Some of the other reasons suggest a lack of votes from different age groups. Since the voting process occurs in the mobile app, the target audience is mostly youngsters and most of them used to support fellow young people and mostly doesn’t show much support of elder people like Suresh.

With 13 housemates remaining in the game and the most exciting tasks to be played, the Bigg Boss Ultimate is expected to create more buzz among OTT views on Disney+ Hotstar. Stay tuned to this space for more latest news and updates.