Cook with Comali 3 starting date: the most anticipated funt cooking show of Vijay Television is all set to resume soon. The third season of cook with comali is all set to start by the end of January 2022.

The finals of Bigg boss Tamil season 5 is to happen on 16 January. With the popular show come to the end by this week, the television is likely to telecast CWC season 3 during the weekend. 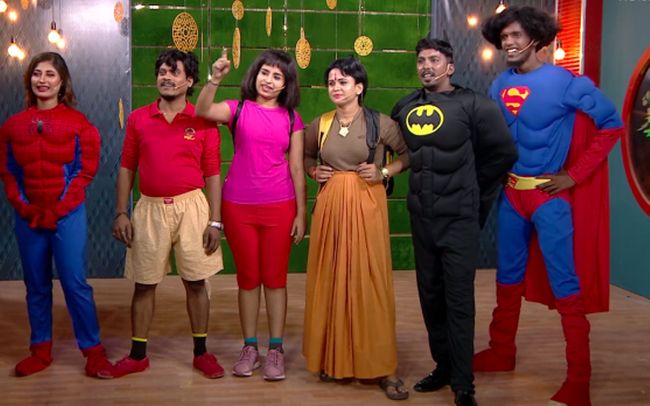 The starting date of cook with comali season 3 is likely to prime on 23rd January 2022. However, there is no official announcement from the channel at the moment. The launch party teaser is to release soon on television.

With the massive hit of the previous season, the audience of tamil television is eagerly waiting to witness the cooking show. CWC is well known for its fun entertainment during the weekends.

According to the reports, The key member of the cast, Pugazh will be not available for season 3. The reason was assumed to be the actor busy with his movie schedules. However, he can appear in special events during the later part of the season.

Related: The trailer of Cook with Comali season 3 is out! [VIDEO]

Venkatesh Bhat and Chef Dhamu continue to judge the show like the last two seasons. Rakshan remains as the show host along with the two judges.

The key stars of CWC Comali’s will be Shivangi, KPY Bala, Manimegalai, Sunitha Gogoi. The other comali’s and contestants of Cook with Comali are likely to be officially announced on the launch day.

Can this season create the same magic as the previous series? We at Newsintv.com will cover the exclusive information about Cook with Comali in our Television section. Stay tuned for all the latest updates of the show.

When is Cook with Comali Season 3?

The starting date of cook with comali on January 2022.

Who are the comali's of season 3?

To be announced on the launch day.