According to the latest buzz, Vijay TV‘s popular television series Bharathi Kannamma lead actor Roshini to quit her role. She is expected to replace by a new actress Vinusha to play the role of Kannamma.

Bharathi Kannamma is one of the most popular Tamil television series which is telecast on Vijay TV. Starting in 2019, the show has been the favorite of many households in Tamil Nadu and the top watched series on Vijay Television.

Vinusha is Likely to replace Roshini in Bharathi Kannamma 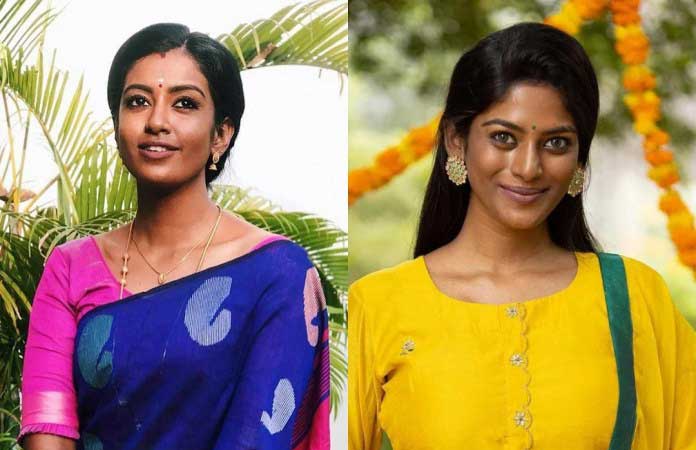 Roshni Haripriyan, the lead actress of the series has gained a huge fan following for her role Kannamma in the series. She made her series debut through this show and played an important role alongside Arun Prasad.

Recently Roshni has confessed that she will be quit acting from ‘Bharathi Kannamma’ for some personal reasons. According to reports, She has signed for a Tamil movie and planning to concentrate more to perform on the big screen.

On the other hand, Vinusha Devi was rumored to replace Roshni for the role of Kannamma in the serial. She is a young model and social media influencer. She has garnered her fame through Tik Tok short video app.

This will be Vinusha’s debut television serial and makers felt she will be a good replacement for Roshni. However, there is no official announcement has been made either by the actress or by the makers of the show.

Bharathi Kannamma is the official remake of the popular Malayalam serial Karuthamuthu. Directed by Praveen Bennett, The show is telecast daily from 8:30 to 9:00 PM of the prime slot. You can watch the show also in Disney+ Hotstar mobile app. Stay tuned to Newsintv.com to know more latest television updates and news.