Newsintv
Home Television The trailer of Cook with Comali season 3 is out!

The much-awaited fun cooking show is all set to back with the brand new season. Vijay Television released the trailer of Cook with Comali season 3 which indicates the show is to start soon.

After the huge success of the first two seasons, Cook with Comali entertains the audience with yet another brand new season. The trailer features show Somali’s Bala, Manimegalai, Shivaangi, and Sunita along with Venkatesh Bhat and Chef Damu. 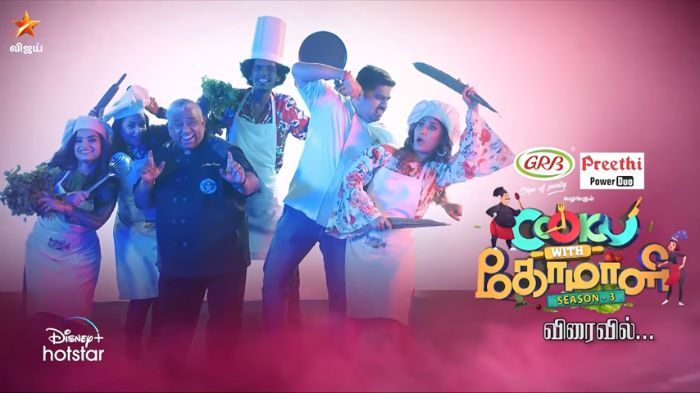 According to the reports, Cook with Comali 3 is to start in January 2021 since Bigg Boss Tamil season 5 is all set to end soon. However, the launch date of the show is not yet announced.

For the new season of CWC, Venkatesh Bhat and Chef Damu will remain as the judges. As the trailer suggests, Bala, Manimegalai, Shivaangi, and Sunita continue as the Comali’s.

However, the star of the show Pugazh will be not a part of this season. After the huge popularity of the show, Pugazh committed to acting in lots of upcoming Tamil movies. Due to his film shooting call sheet, he will not available.

The list of Cook with Comali 3 contestants is to be announced at the launch event of the show. Some of the other Comali’s for season 3 will also include Sakthi, KPY Sarath, and Thangadurai. 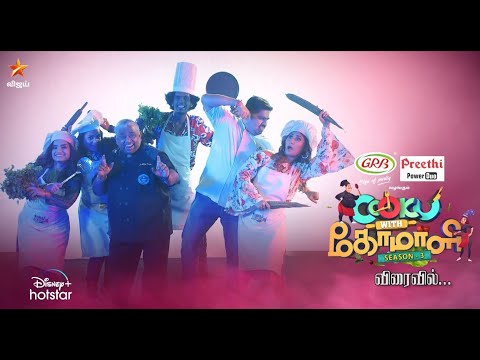 Stay tuned to Newsintv.com to know more latest news and updated about Cook with Comali season 3.